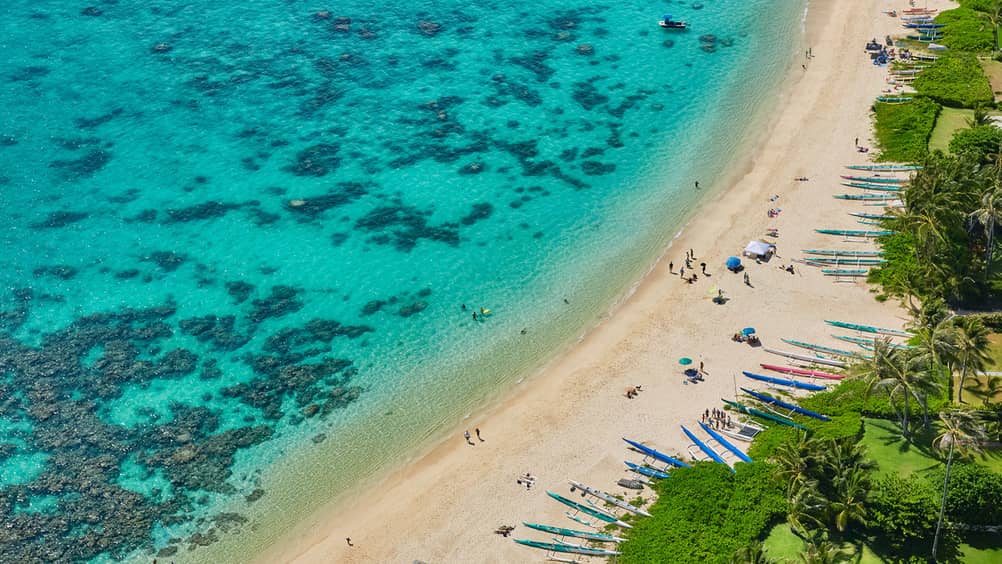 While you may already be familiar with the North Shore and Waikiki Beach, Oahu has many more beaches to explore – 112 miles (180 kilometres) of them.

Oahu may be a small island, but its many landmarks, attractions and adventures rival those of any global metropolis. Plan accordingly and then proceed leisurely (read: “island time”). Few are in a hurry here.

If you only have two or three days, the top things to do in Oahu include popular spots that resonate historically and culturally. Visit the USS Arizona Memorial at Pearl Harbor, where many lives were lost at ground zero for the U.S. entry into World War II. The Polynesian Cultural Center, the perfect blend of education and entertainment, presents the history of both Hawaii and Polynesia—and all the food and fun that go with it. Plan to take in the Bishop Museum, where some 24.7 million items give voice to Hawaii and the Pacific.

Should you have more time on the island (or during your next visit), we recommend an insiders’ itinerary that will take you down the roads less travelled. The good news is that from your home base at Four Seasons Resort O‘ahu at Ko Olina, it’s easy to explore both the island’s main attractions, as well as a few locally favoured sites. 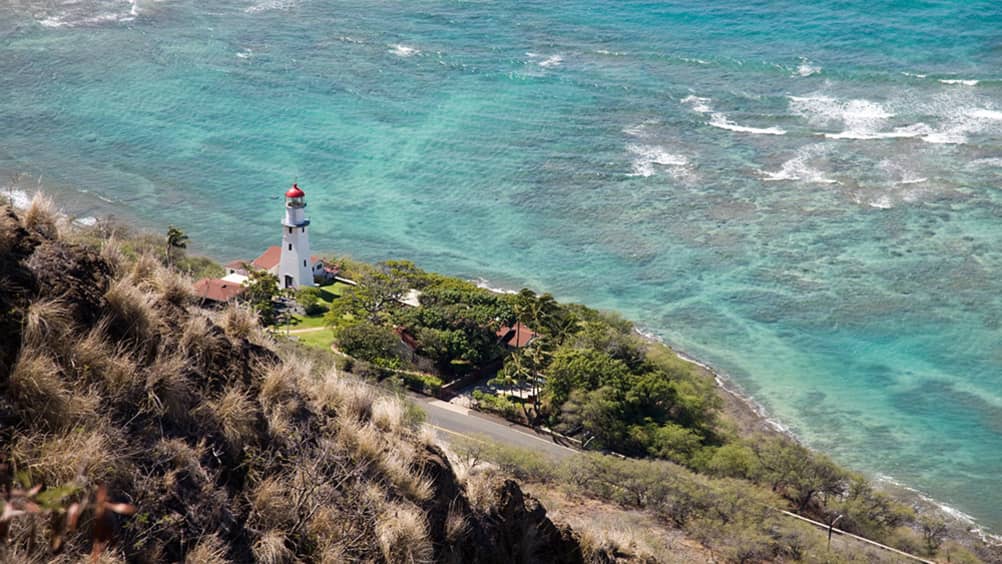 For a bit of exercise and adventure, hike up Diamond Head, formed by a long-ago volcanic eruption, and discover marvellous views of the ocean and the lighthouse.

It’s one thing to see Oahu’s commanding volcanic mountain, (a 30- to 40-minute drive from the Resort); it’s quite another to hike it. You can’t beat the exercise (0.8 miles/1.3 kilometres, moderate to strenuous) or the views. The trail (that features a staircase) begins at the crater’s base, and the climb to the summit is steep. But the scenery along the way and at the top are worth the effort. A fire station, along with a lighthouse and bunkers—the trail was built in 1908 as part of Oahu’s coastal defence system—await at the top.

Go early in the morning before the heat of the afternoon sun. If it’s Saturday morning, reward yourself after your descent with a visit to the nearby Kapiolani Community College Farmer’s Market. Besides the local honey, fruits and vegetables, seek out kulolo, a Hawaiian dessert of taro often layered with haupia, a creamy coconut topping.

A less strenuous 0.8-mile (1.2-kilometre) hike is available along the Manoa Falls Trail. As you enter the rainforest from the trailhead at the bottom of the old Paradise Park building on Manoa Road, the splendour of the valley is revealed. Heading towards the base of Manoa Falls, exotic trees and the ambient sound of waterfalls revive your spirit. It can be muddy, so wear suitable shoes. (And take bug spray.) The falls are about 45 minutes from the Resort by car, and the Concierge can easily arrange for a guide. 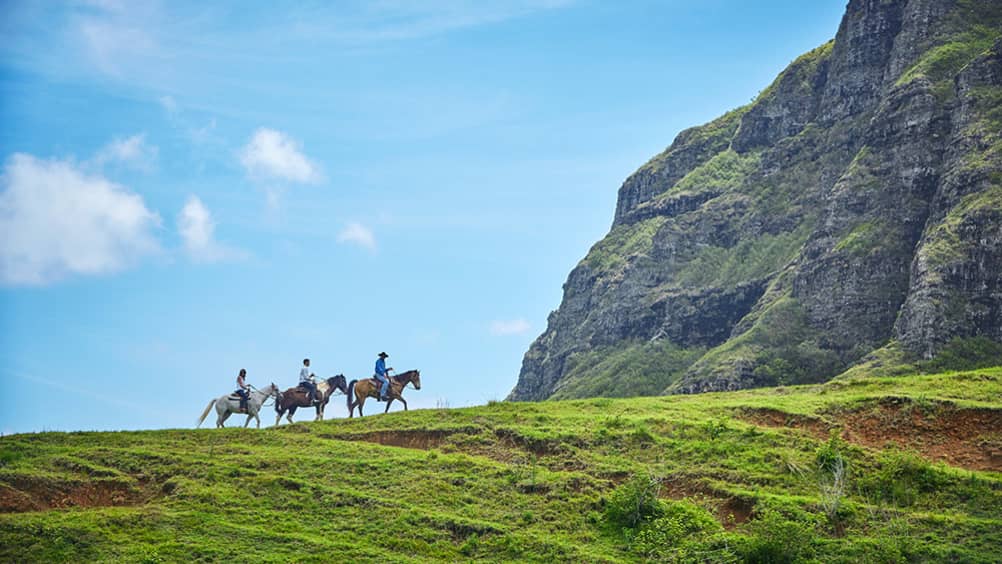 Hollywood fell in love with the beautiful Ka‘a‘awa Valley, home to Kualoa Ranch and the filming site for several blockbusters and TV shows, including Jurassic World, Jurassic Park, Lost and 50 First Dates.

Take the family to Kualoa Ranch, a one-hour drive from the Resort, and embark on a guided horseback ride through the lush Ka‘a‘awa Valley. As you meander into the beautiful valley, you’ll enjoy photo-worthy views of mountains, forests and the Pacific Ocean. What doubles the fun, especially for kids (who must be 10 years old and at least 4 feet 6 inches/137 centimetres tall to ride), is that you’ll recognise some sites along the way.

A relatively short drive from downtown Honolulu along the Pali Highway will bring you to the Windward Coast (approximately 45 minutes from the Resort at Ko Olina). Stop at the Nuuanu Pali Lookout for arguably the most stunning view on Oahu. This was the site of the battle Nuuanu that helped King Kamehameha gain control of the island.

From the Lookout, drive through the tunnel to the beach town of Kailua. White-sand beaches, often uncrowded, await, as does sophisticated shopping at Oliver Men’s Shop, Olive Boutique for womenswear, the Kailua General Store for local honey and seasonings (shave ice, too!), legendary decal and sticker shop 3rd Ave Shore, and Lanikai Bath and Body for local lotions and soaps. 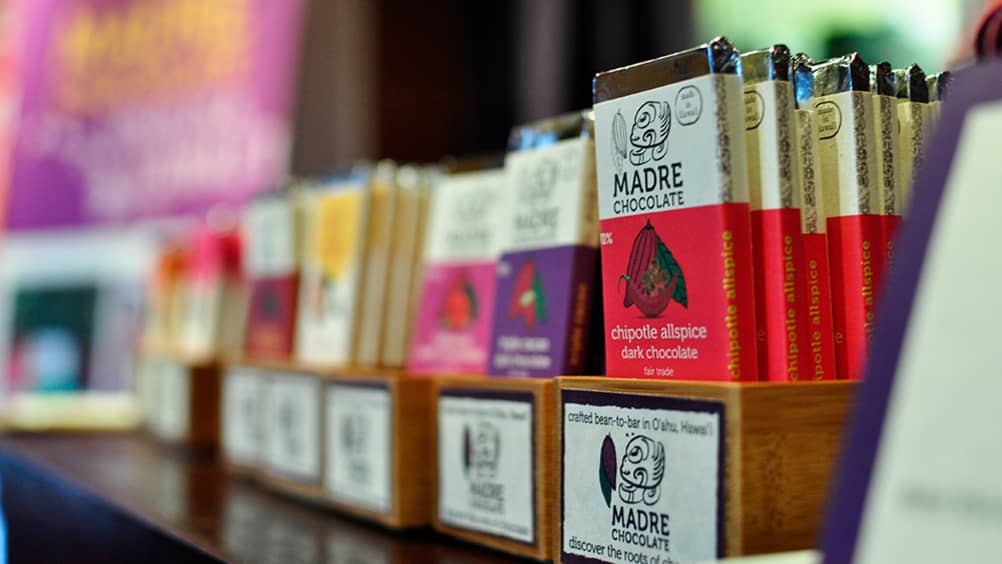 Madre Chocolate is a prime example of the rich creations made with cacao grown on the island. Here, you can dip local fruits into a delectable chocolate sauce and sip on spiced hot chocolate.

Locally grown cacao has given rise to a surge of island-produced, single-origin chocolate. Tour one of the plantations for an experience that’s both educational and delicious. Madre Chocolate offers tours and a fun “make your own chocolate bar” class, where you’ll learn how to roast cacao, then craft it into a bar. Two other favourites are Lonohana Estate Chocolate and Waialua Estate, which is on the North Shore (a 45-minute drive from the Resort at Ko Olina), so it’s easy to combine with a North Shore day trip.

In 1845, when King Kamehameha III officially established Honolulu as the seat of government in what was then the Kingdom of Hawaii, the monarchy set up shop in Iolani Palace. Near downtown Honolulu and approximately 35 minutes by car from the Resort, the meticulously restored Palace is still the majestic jewel of the island.

During your tour, pay a visit to the Gold Room, also referred to as the Music Room. The royal family was known for writing music, and this is where they composed, played and sang. The throne room, in its gilded glory, further provides a fascinating window into an epoch of tropical grace and formality. 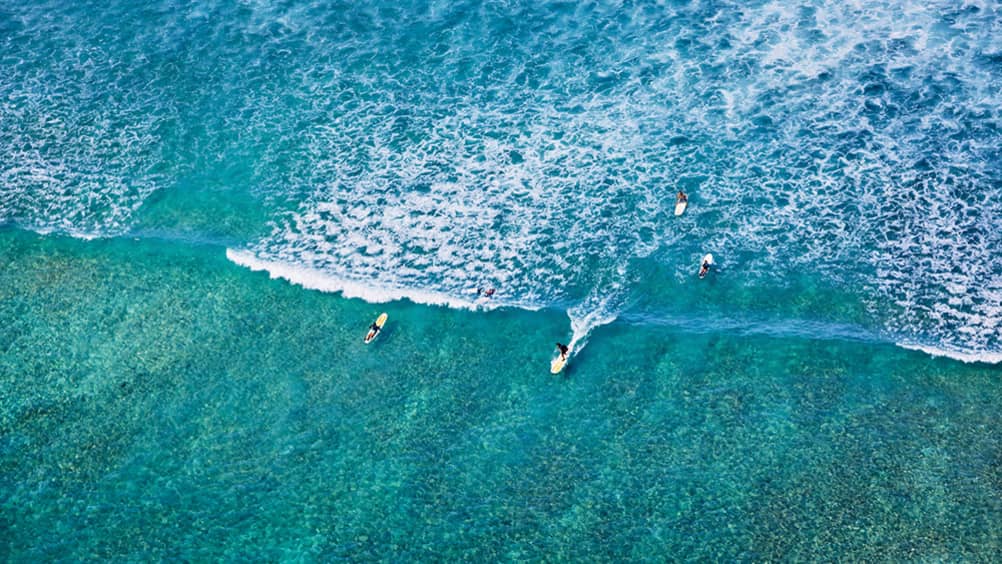 Known for its winter-season monster waves, the North Shore is a stop on Van’s Triple Crown of Surfing championships.

The North Shore is where you’ll find the Pipeline, one of surfing’s most sacred spots. Other spectacular beaches are nearby, including Waimea Bay, an influential surfing spot. Save time to explore close-by Haleiwa Town, where charm and style serve as the backdrop to inspired local shops, cafés and markets. 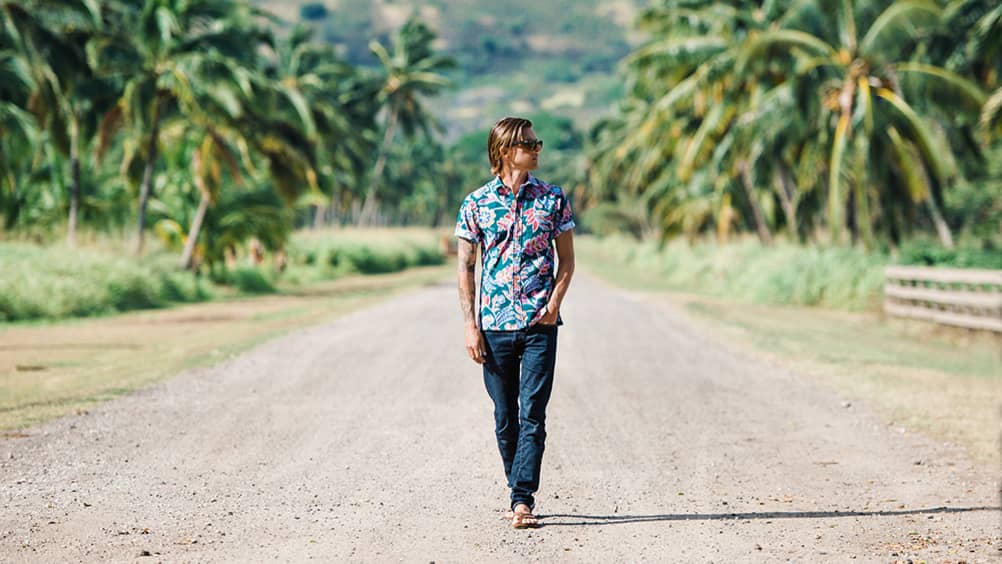 While a trip to Chinatown isn’t on most Hawaiian itineraries, the Oahu Chinatown, one of the oldest in the U.S., is home to stunning architecture and great dining and shopping at local boutiques like Roberta Oaks.

One of the oldest Chinatowns in the U.S., Honolulu’s is an architecture and design maven’s feast. Opulent buildings include the restored Hawaii Theatre, called the Pride of the Pacific upon its opening in 1922. Begin in this historic section of old Honolulu, founded by Chinese workers brought to the island to farm sugar cane plantations, and explore the old town and its local produce stands, herbal medicine shops and dim sum cafés.

Then segue into the new area, which is home to the boutiques of locally renowned fashion and interior designers. Some of our favourites: Roberta Oaks for trendy aloha shirts, Fighting Eel for simple but edgy fashion, and Owens & Co. for a curated collection of goods and clothing. Hipsters eager for a taste of Honolulu’s mod craft cocktail bar scene will find it at Manifest.

Note: While there is an efficient bus system on Oahu, it’s almost essential to have a car to reach outward areas on your own timetable. In addition to all major car rentals available at Honolulu International Airport, you may inquire with the Concierge at the Resort for car rental options. 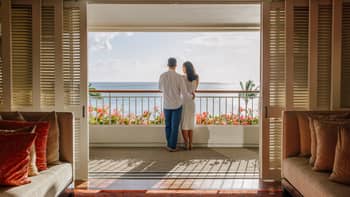 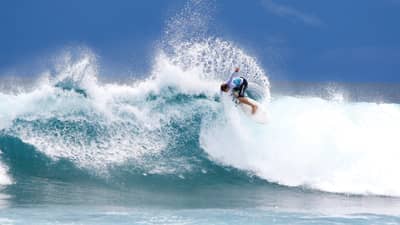 With well over 100 breaks across the island, Oahu is a magnet for wave riders from around the globe. In fact, the birthplace of big wave surfing is here, at Makaha, on the island’s western coast. 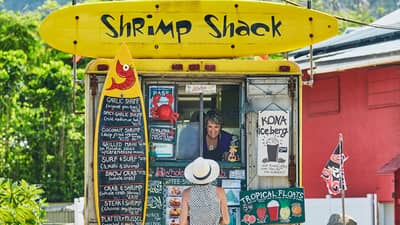 Long before food trucks became a trend, Oahu was already serving up made-to-order shrimp plates from colourful shrimp shacks and trucks – each with its own special take on the dish – along a 15-mile (24-kilometre) stretch of highway.