HISTORY OF THE HOTEL 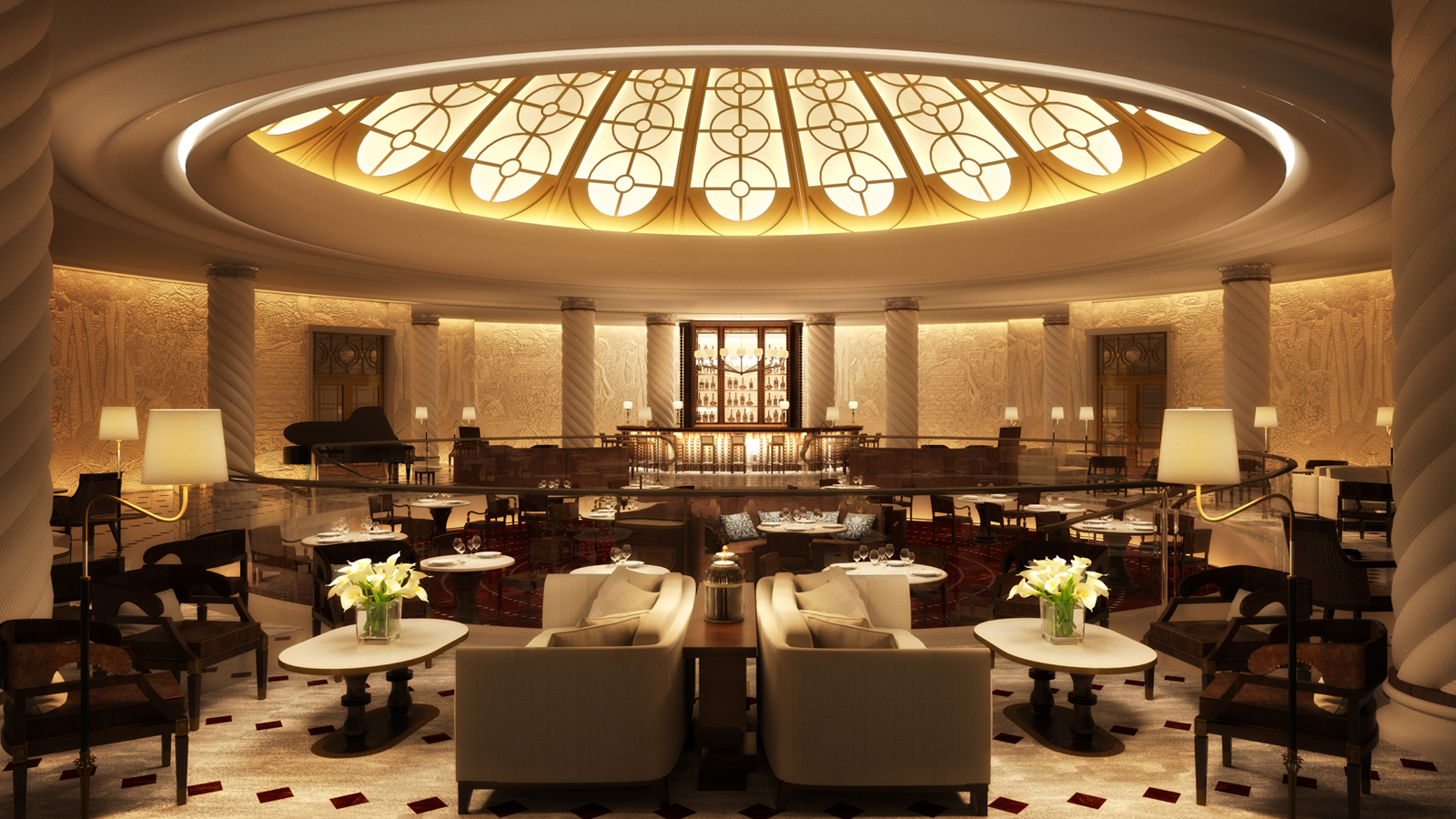 Located in London’s most historic area – close to illustrious neighbours such as the Tower of London and St. Paul’s Cathedral – Ten Trinity Square has long been regarded as one of Britain’s finest architectural landmarks. Now home to Four Seasons Hotel London at Ten Trinity Square, this Grade II*-listed building possesses a fascinating history.

Steps from the River Thames, the gentle hillside where Ten Trinity Square now stands was first populated over 2,000 years ago by the Romans, who formed the settlement of Londinium. This was the centre of the city, around which the great capital has grown.

Recognizing the significance of this point on the river, William the Conquerer built the Tower of London nearby after his invasion of England in 1066. Today there is a sign in the lobby marking the distance of an arrow’s flight – the boundary where people had to stop or risk being shot by archers on the Tower.

During the Middle Ages, this became one of London’s most important neighbourhoods. As a royal residence, the Tower attracted the nobility and gentry to the surrounding area. With the city’s ongoing growth, this riverside location became the province of medieval merchants who set up their guilds to look after the interests of tradesmen and their families.

In 1666, much of the city was destroyed by the Great Fire of London, which started just west of the Ten Trinity Square site. The fire was witnessed by Samuel Pepys, the great diarist, who worked in the Navy Office adjoining the property and lived in the adjacent street, now Pepys Street. It is said that he rushed outside to bury his highly prized Parmesan cheese to protect it from the approaching fire, while Sir William Penn (later the founder of Pennsylvania) buried a bottle of wine. The location was the site now occupied by Seething Lane Gardens.

After the fire, London was rebuilt and the port extended downstream to the east. By the 19th century, London had become the beating heart of world trade, as ships offloaded their cargo. The docklands grew into a major source of wealth and power. Tea and pottery arrived from China, silks from Arabia and coffee and spices from the East Indies.

The docks were being run by private enterprises, leading to many conflicting interests. In 1908, full control of the River Thames and docking management was given to the Port of London Authority, created by Prime Minister David Lloyd George.

The headquarters of the Port of London Authority was opened in 1922 at Ten Trinity Square. Designed by renowned architect Sir Edwin Cooper – who won the project through a design competition – the building was constructed at a then-astronomical cost of EUR 1 million.

Built in the Beaux-Arts style, which was fashionable for civic buildings in the Edwardian era, the quality of Ten Trinity Square represented the status of the organization. Its majestic façade hints at trade links going back to Roman times, while the original central rotunda was topped by a magnificent glass dome, created to emulate that of nearby St. Paul’s Cathedral. Rising atop the building at the front entrance, a sculpture of Old Father Thames stands proudly, holding his trident and pointing east, paying homage to the trade between nations.

In the peak days of the Port of London Authority, more than 1,200 people each day came to the rotunda to pay port dues for all the boats that were arriving in London. Such was the importance of the building that, in 1946, the General Assembly of the United Nations held its inaugural reception here, in what is now known as the UN Ballroom.

A key feature of the building is its view of the lush greenery of Trinity Square Garden, laid out in 1795 as the setting for Trinity House. Ringed with pieces of the wall from the ancient Roman settlement, the garden was preserved as open space under a Special Act of Parliament in 1797. This unique sunken garden now features the Tower Hill War Memorial, including the WWI Mercantile Marine Memorial and the WWII Merchant Seamen’s Memorial.

During the Blitz in World War II, Ten Trinity Square was badly damaged by enemy bombing and the domed rotunda was destroyed. In the 1970s, after the Port of London Authority moved to its current location in Tilbury, the building was renovated and the central courtyard was filled in with office space. The building was then occupied by the European headquarters of the insurance broker Willis Faber Limited and continued to serve as offices until 2008. When Willis Faber moved on to a new location, the building lay vacant for several years.

Vision for the Future

Ten Trinity Square was purchased in 2010 by Reignwood, the Chinese investment company. The firm brings a deep respect for London’s history and culture, and began the process of revitalizing the building as a hotel and residences. It took six months to secure conditional planning permission before conversion work could begin on this Grade II*-listed building. (The “Grade II*” designation from Historic England reflects “particularly important buildings of more than special interest.”)

During excavations to support the original foundations, a number of significant Roman archaeological finds were made, including chalk-walled cellars, cesspits, animal remains and a well. All of these items were given to the Museum of London Archaeology.

Rather than create reproduction interiors, Reignwood chose to restore and preserve as many surviving original features as possible. A team of stone-restoration experts spent years on the exterior stonework and carvings. Inside, specialist restorers have brought new life to the original plasterwork, wood carvings, marble floors, and the soaring grand staircase.

Following this six-year, multi-million-pound renovation – and now with the renowned management of Four Seasons Hotels and Resorts – Ten Trinity Square stands once again as one of London’s most desirable addresses.

No location is currently selected. Please change the location and click "FIND ROOMS" to try again.

Reservation request cannot be processed. Please correct expected room occupancy information to specify at least one adult for the room #

The number of nights is less than the minimum allowed for property or rate plan you have selected.

The number of nights exceeds the maximum allowed for property or rate plan you have selected.

Thank you for your reservation enquiry

Reservations for more than 28 nights cannot currently be booked online. Please contact us to book your extended stay.

The check in date you have selected is in the past. Please change your dates and try again.

We apologize. We are unable to book reservations more than 12 months from the current date.

Check-out date is before check-in date.

We apologize but the can only accept reservations starting . Please correct your check in date and try again

This offer must be reserved days in advance of your arrival. Please change your dates and try again.

Your Booking session is over.

Your Booking session is over, please start a new Booking flow or go to My Reservations page.

Reservation cannot be canceled online after the cancellation deadline has passed. Please contact us for further information.

Reservation dates cannot be modified online after the cancellation deadline has passed. Please contact us for further information.

We are unable to modify this reservation.

Note About Your Profile Data

Thank you for signing in to the new fourseasons.com and welcome to the new site. The profile data you have previously provided requires a few small updates.

Note: Profile updates will be required prior to making a reservation.