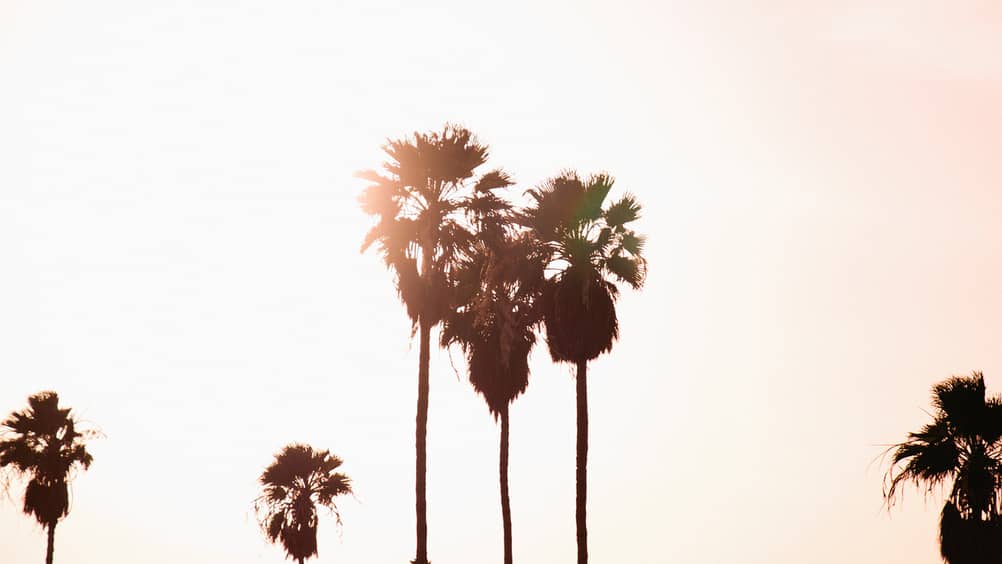 Los Angeles is the place to be for sunshine, shopping, great entertainment and more.

Los Angeles is a haven for those seeking sunshine, shopping, entertainment, beaches and even fine arts. The Concierge Team at Four Seasons Hotel Los Angeles at Beverly Hills shares their recommendations for how to make the most of your trip to the star-studded city – from shopping on Rodeo Drive to the best in dining and nightlife.

Angelenos have perfected the art of comfortable chic. Here’s where to get the look: For everything from couture to boutiques, shop Rodeo Drive, Melrose Avenue and Robertson Boulevard. If you’re in Venice, don’t miss Pamela Barish. A stylist and designer for rock bands back in the day, Barish has a store on Main Street where you pick the fabric and style and she customises a garment for you.

With floor to ceiling windows, shutter treatments and abundant greenery, Doheny Room in West Hollywood effortlessly cultivates a lively yet refined atmosphere. For a New York City ambiance, check out 1 Oak's perfectly timeless design and attention to detail in the heart of Hollywood.

The Norton Simon Museum is home to an impressive collection of artwork, including Edward Degas’ much beloved sculpture Little Dancer, Aged Fourteen.

Some great off-the-beaten-path cultural attractions include Bergamot Station arts centre for its contemporary art, Southern California’s largest gallery complex and cultural centre; The Huntington’s library, art collection and botanical gardens; and the impressive private collection at the Norton Simon Museum, home to works by Raphael, Rembrandt, van Gogh and more. If you’re looking for an in-depth art experience, Los Angeles County Museum of Art hosts daily gallery talks (except on Wednesday when the museum is closed), focusing on works in their permanent collection that range from Chinese art to European sculpture to costumes and textiles.

Located in Downtown Los Angeles, The Broad museum has quickly become one of the most popular contemporary art museums to visit. The museum is home to the 2,000 works of art in the Broad collection, which is among the most prominent holdings of postwar and contemporary art worldwide. The 120,000-square-foot, USD 140-million building features two floors of gallery space and is the headquarters of The Broad Art Foundation’s worldwide lending library, which has actively loaned collection works to museums around the world since 1984. 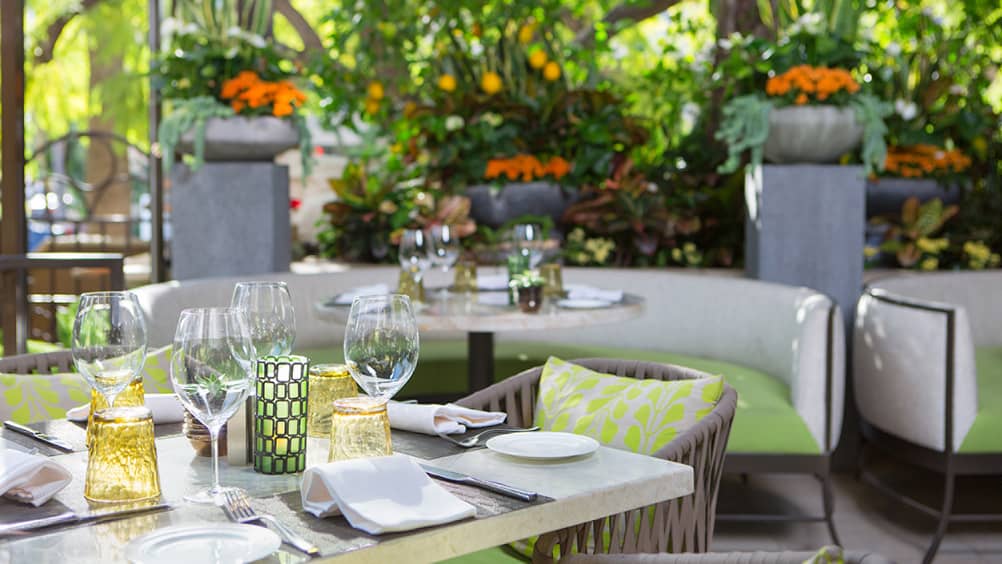 The Hotel’s Culina, Modern Italian is consistently ranked as one of the city’s best restaurants for its refreshing take on Italian cuisine.

Culina restaurant perfectly captures the cosmopolitan ethos of Los Angeles. The restaurant was named one of LA’s best by Esquire magazine and one of the greatest restaurants for outdoor dining by Zag. Other trendy favourites include Gracias Madre on Beverly Blvd., Jon & Vinny's, Republique and Toca Madera.

West Hollywood has one of the greatest concentrations of excellent restaurants in Los Angeles. For laid-back celeb watching on a leafy patio, there’s The Ivy. For small plates of seasonal, local fare and a range of wines by the glass, visit local chef-hero Suzanne Goin’s A.O.C. BOA Steakhouse has excellent Kobe beef and tableside-prepped Caesar salad; Ago has skillfully crafted Italian fare; and Koi is the go-to spot for good sushi.

Known for entertainment worldwide, Los Angeles has no shortage of impressive performing arts venues. Catch upcoming performances at Hollywood Bowl, one of the best places to see live music, theatre, dance and more. The Hollywood Pantages Theatre is one of Hollywood’s premier spots for live theatre. If it’s sports you crave, the Staples Center is home to basketball’s Lakers, Clippers and Sparks, and to the NHL’s LA Kings. This versatile arena also hosts a number of concerts and events for the whole family, in addition to the big games.

A hike to the Griffith Observatory will award you with a stunning panoramic view of the City of Angels.

Family activities abound in Los Angeles. Don’t miss studio tours at Warner Bros. and Universal Studios, and be sure to hit the world-class amusement parks—Disneyland and Universal Studios. Surf the same breaks as the Beach Boys with a surf lesson, or just explore the top beaches of Manhattan, Hermosa and Redondo.

During the summer, the best thing to do after dark is see a movie at the Hollywood Forever Cemetery, the final resting place for many of Hollywood’s greats. Bring a picnic basket and a blanket and watch the movie stars. Or gaze at celestial stars year-round at Griffith Observatory.

Get inspired at the Spa

Manipura—the third Hindu chakra associated with dynamism, energy and willpower—is the inspiration for the Spa’s Manipura Experience at Four Seasons. A Himalayan crystal scrub purifies and detoxifies, stimulating the lymphatic system and releasing toxins in the body. The full-body Manipura massage follows—creating a positive flow of energy and restoring balance to leave you refreshed and revitalised.

The Getty Center is in the Brentwood neighbourhood of Los Angeles and is the primary location of the museum. The collection features Western art from the Middle Ages to the present. Its estimated 1.3 million visitors annually make it one of the most visited museums in the United States.

The Getty Villa in Malibu is one of two locations of the J. Paul Getty Museum. The Getty Villa is an educational centre and museum dedicated to the study of the arts and cultures of ancient Greece, Rome and Etruria.

The Petersen Automotive museum features three themed floors. Visitors are encouraged to start their experience on the History floor and work their way down to the Artistry floor. By experiencing the museum in this way, visitors are able to better appreciate the impact and application of the automobile.

The Wallis is located in the heart of Beverly Hills, California. The Wallis Annenberg Center for the Performing Arts brings audiences world-class theatre, dance and music, performed by many of the world’s most talented and sought-after artists. 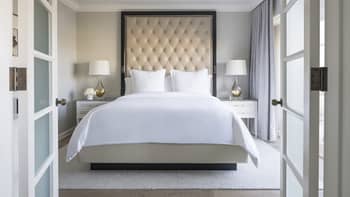 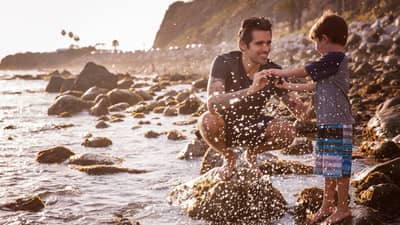 Things to Do With Kids in Beverly Hills

Between theme parks, museums, colourful boutiques and kid-friendly restaurants, there is plenty for all ages to enjoy in Beverly Hills and the greater Los Angeles area. 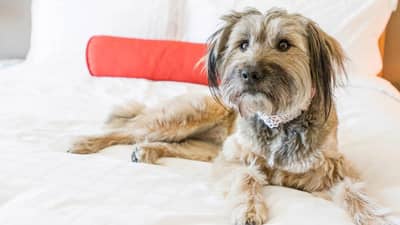 While you enjoy human-oriented activities, your four-legged friends can revel in pet-friendly perks like luxurious pet beds, bowls of Evian water, and dog-walking, pet-sitting and grooming services.