Spring is an ideal time to explore oceanfront retreats and the world's iconic cities.

The Trips You Need to Take This Spring

Visitors to these six destinations can take full advantage of all the season has to offer, from flowers to festivals.

Spring is the season of new beginnings, so why not see it in a new place, or see a familiar place in a new light? Here are six Four Seasons destinations that call for exploration this spring.

A shady spot in a garden can become a beautiful pleasant area. Most new gardeners fear shade but it is something to be embraced. There are so many planting options and the different shades of green can create a pleasant calming environment. If you have glazed views leading onto the garden make your home feel more spacious and in contact with nature, planting and cleaver paving can add real drama. This garden was one of my favourite gardens at this years Chelsea Flower show. This garden was the LG Eco-City Garden by designer Hay-Joung Hwang @haydesigns.co.uk

London loves the spring. “It’s the best time to explore the popular sights and the city’s many green spaces, from public gardens, parks and commons to hidden terraces,” says Head Concierge Daniel Griffiths of Four Seasons Hotel London at Ten Trinity Square. The nearby East London neighbourhood is one of his favourite parts of the city to explore on foot. “I love spending an afternoon wandering the winding streets lined with boutiques and flower markets,” he says. “I like to head over to Columbia Road for the Sunday flower market and simply soak up the atmosphere at Old Spitalfields Market for vintage, handmade and curated goods.”

Guests can also get an art fix without ever leaving the Hotel. On March 17, the Rotunda Bar and Lounge will launch an exclusive exhibition of photographs by renowned British artist Simon Procter, celebrating the work of the late Karl Lagerfeld. Widely respected in today’s contemporary art scene and acclaimed as one of the most outstanding photographers of his generation, Procter was also one of Lagerfeld’s most trusted documentary photographers, having been granted unprecedented backstage access at the Chanel shows.

In the garden- and temple-filled city of Kyoto, spring is synonymous with sakura (cherry blossom) season, when the city is awash in shades of pale pink. One particularly famous spot for admiring the blooms is the tree-lined road along the Kamogawa River, but you don’t have to stop there. “My hometown is near Ginkakuji Temple on the north side of Kyoto city,” says Kanako Morita, Concierge Team Leader at Four Seasons Hotel Kyoto. “When it was sakura season, my father and I used to walk Philosophy Path among the beautiful cherry blossoms and then go up to Mount Daimonji for a half-hour of hiking,” he says. Looking down at the view of Kyoto city from the top of the mountain in spring weather with my family is an absolute favourite memory.”

The Hotel itself has 37 of the flowering trees in its pond garden, and a number of ways to salute the season, such as a Sakura Afternoon Tea and special pink cocktails like Raul’s Sakura Mojito, infused with the scent of cherry blossoms.

Come spring, the bright flowers that give India’s Silicon Valley its other nickname, the Garden City, put on a spectacular show. You’ll see the asymmetrical mauve and pink blossoms of the purple bauhinia, as well as Indian laburnum, or golden shower trees, with their cascading bunches of bright yellow flowers.

“A morning walk in Lalbagh Botanical Garden is always wondrous. Just strolling through the trees – some of which are very interesting and ancient – brings joy,” says Rachita Bhargava, assistant Chef Concierge at Four Seasons Hotel Bengaluru.

To help guests tap into the season of renewal, the Hotel has launched a new holistic wellness program called Feel Good Saturdays, which incorporates yoga, reflexology and nutritious meals. “This recurring bootcamp is designed as a nourishing R&R session to help guests unplug and recharge after a busy work week,” says Spa Manager Minu Budhatoki. “Guests can expect our wellness experts not just to release knotted muscles but also help heal stress in a serene environment.”

To hear Kristen Klus, Chef Concierge at Four Seasons Hotel Chicago, tell it, the Windy City is completely transformed when winter ends. “Spring is my favourite season, as the sunshine invigorates Chicagoans and gets the city inspired,” she says. “You see this resurgence of vitality – people are biking, walking and kayaking on the lake.”

St. Patrick’s Day celebrations jump-start the festive spring vibe on March 14 with a parade and festivities around the Chicago River, dyed Kelly green for the occasion. Chicago Cubs and White Sox fans gather to cheer for their favourite teams on Opening Day, March 26. And by early April, spring tulips colour the length of Michigan Avenue. In case of a late bloom, you can always admire the Monet exhibit at the Art Institute, which boasts the largest collection of impressionism outside of Paris. This spring also ushers in the largest renovation in the history of Four Seasons Hotel Chicago, with a new restaurant, reimagined event spaces, lobby and arrival experience.

These spinner dolphins like to show off sometimes. I’m not mad at it 😍

Spring is all about renewal. Nourish your mind and body at the newly opened
Four Seasons Hotel Lanai at Koele, A Sensei Retreat. The brand’s first all-inclusive wellness retreat aims to start guests on a journey to greater well-being with the help of Sensei Guides and customized programming. “Koele’s botanical art gardens and tropical mountain setting offer a unique place for discovery and renewal,” says Sensei Retreat Director Sharon Narduzzi. “Private spa hales or a blend of restorative yoga and sound meditation involving movement, breathwork, drums, flutes and crystal alchemy bowls help clear the mind and re-energize you.”

At the oceanfront Four Seasons Resort Lanai, fine-tune your golf game with a Trackman session at the Jack Nicklaus Signature Manele Golf Course. The Resort’s newest catamaran, Lanai II, affords a chance to spot spinner dolphins, turtles and humpback whale spouts. “Through April, the channels that run between Lanai, Maui and Molokai are some of the best waters in the world for whale watching,” says Captain Ricky Etrata. “The crew even has a hydrophone on board, so guests can listen as the whales sing to each other.”

When the spring weather arrives, fashionable Italians take to their vintage scooters, and now guests at Four Seasons Hotel Milano can too. Part of the new Milano Confidential program, the Explore Milan on a Vespa offering allows guests to discover the bohemian quarter of Brera and bustling energy of Corso Como on a vintage scooter.

The exclusive itinerary includes a behind-the-scenes tour of the legendary Teatro della Scala, one of the world’s leading opera and ballet theatres, a sweet stop at Marchesi 1824, a historic pastry shop, and a mixology workshop where you’ll learn how to master the famous Spritz and Negroni at Radetzky, a local institution for aperitivo. The tour concludes with lunch at an authentic trattoria, where you’ll get a chance to taste traditional local recipes from Lombardy, like the Veal Milanese or Risotto alla Milanese.

Spring is also an excellent time to hit the road. Channel the glamour of Ocean’s Twelve – get behind the wheel of a 1961 Giulietta Spider and speed off to Lake Como. Upon arrival, your playground for the day will be Villa Giuseppina, a 19th-century art nouveau landmark facing the town of Bellagio. Take in the lake’s impressive sights aboard an elegant wood-hulled speedboat, and end the day with an unforgettable dinner on the villa’s romantic terrace. 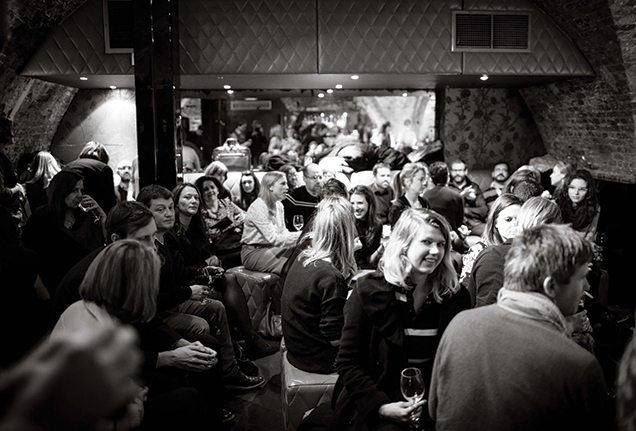 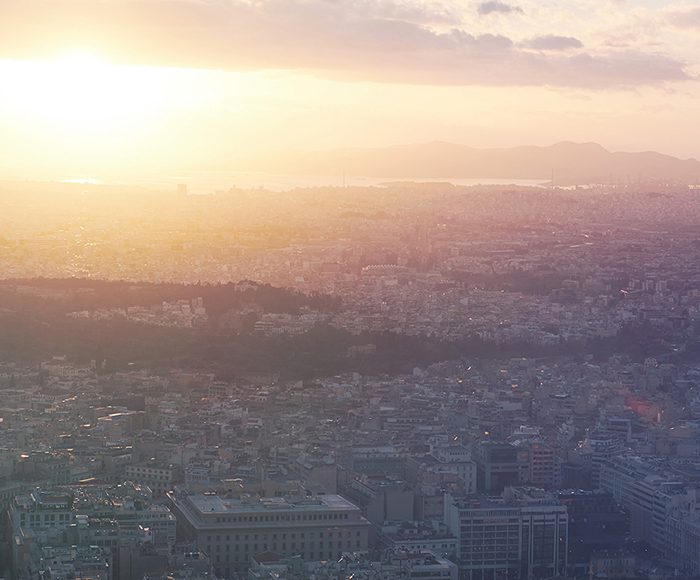 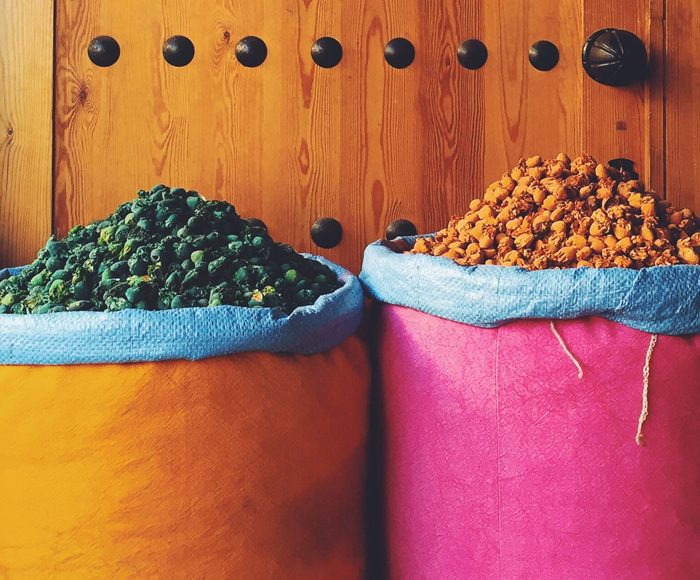 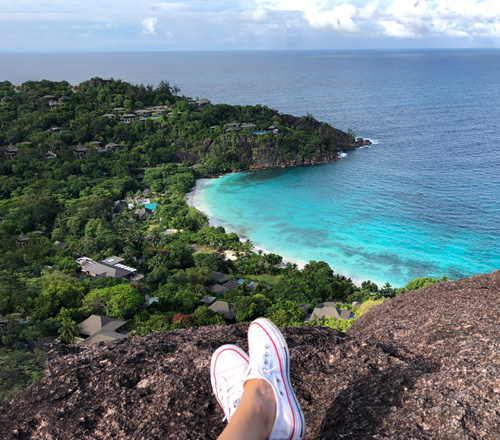 Spring is an ideal time to explore oceanfront retreats and the world's iconic cities.