Writer and Mexico City resident Brooke Porter Katz takes us on a tour of her favourite neighborhoods and shares the local spots every visitor should experience.

The first time I visited the bustling metropolis of Mexico City, I was shocked by how green it was. I was constantly stumbling upon parks, often filled with sculptural fountains, native plants, and serene walking paths. It’s also the most colorful place I’ve seen, with buildings painted shockingly bright hues and vibrant food markets hawking produce in every shade of the rainbow. Now that I live here, I’m lucky enough to walk its streets every day. There’s no denying the sprawling city can feel a bit overwhelming. My advice is to tackle it one area at a time—and the following four neighborhoods are a good place to start.

With its narrow cobblestoned streets, bustling main squares, and centuries-old buildings, Coyoacán feels worlds away from Mexico City—and until 1928, when it was officially swallowed up by the city sprawl, it actually was its own municipality. (It was also the home base of Hernán Cortés during the Spanish conquest of the Aztecs.) Most visitors come to the neighborhood (where I happen to live) to see one thing—the Frida Kahlo Museum—but there are countless reasons to linger.

My perfect Sunday? Whiling away the afternoon in the neighboring Jardin Centenario and Plaza Jardin Hidalgo, where benches are filled with hand-holding couples, families attend services at the San Juan Bautista Church, and children scatter among the musicians, clowns, and vendors hawking balloons and other toys. I always make sure to arrive hungry, grabbing a patio seat at the always-packed Los Danzantes for the duck tacos and roasted bone marrow, or savoring seafood tostadas from the frenetic Mercado de Coyoacan.

For something sweet, meander a few blocks off the square to Ruta de la Seda, an organic bakery known for its Kioto (matcha cake); at about $5 for a slice, it’s a splurge by Mexican standards, but worth it. From there, nothing beats a stroll down Avenida Francisco Sosa, lined with colorful, colonial-era architecture, restaurants, and cultural centers. I’ll take a right onto Calle Salvador Novo and head to one of the entrances of Viveros de Coyoacán, a forest-like public park that’s also a nursery for trees that are planted all over the city.

While Polanco is often called the “Beverly Hills” of Mexico City, I’ve found plenty of reasons to spend time in the neighborhood beyond its concentration of high-end shops lining Avenida Presidente Masaryk. Number one? The restaurants. Be sure to make reservations at the small, light-filled Quintonil, which is No. 22 on the World’s 50 Best Restaurant list and run by Jorge Vallejo, a protégée of Enrique Olvera (whose equally famed restaurant Pujol is just a few blocks away). A short stroll east is the chocolatería Que Bo!; with its jewel-colored truffles, macarons, and other treats, it’s my idea of dessert heaven.

You can also get a double dose of culture in Polanco. When I’m in the area, I’ll walk over to the Museo Soumaya just to gaze at its Instagram-ready exterior of shiny aluminum tiles in the shape of a woman’s curvy figure. The museum is owned by the foundation of Mexican billionaire Carlos Slim, and it houses his personal collection of Picassos, Monet, and the like—though I always make a beeline for the top floor, home to Rodin sculptures. And right across a large courtyard, Museo Jumex hosts rotating exhibits of contemporary and often boundary-pushing art.

As for the aforementioned shopping, Onora Casa—known for its modern-day takes on traditional artisan crafts like brocaded pillows from Chiapas and lacquered wood serving spoons from Pajapan—is one of those boutiques that makes you wish you could buy one (or two) of everything. And for a mix of independent Mexican brands under one roof, the IKAL concept store never disappoints.

A visit to the city’s historic district requires a lot of patience—unless you do as I’ve learned and arrive early, perhaps even for an 8 a.m. breakfast at the classic El Cardenal. You’ll get to wander the streets before they’re packed with locals shopping from vendors selling packets of T-shirts, light bulbs, and other everyday items, and see the famed Diego Rivera mural inside the Palacio Nacional before the tourists line up. The Zócalo, or main square, is a hive of activity (especially on weekends)—and where you’ll find the ruins of Templo Mayor, the most important temple in the Aztec capital of Tenochtitlan (now Mexico City).

Another highlight is the Palacio de Bellas Artes, a sight to behold from the inside and out. I’m a sucker for views, and one of the best of the cultural center is from the tiny outdoor café on the eighth floor of the Sears department store. Or, for a 360-degree bird’s-eye look at the neighborhood and beyond, I recommend going to the top of the 44-story Torre Latinoamericana. And on my last visit, my Uber driver pointed out the Palacio de Correos de Mexico, which is quite possibly the world’s most beautiful post office (by the same Italian architect who designed the Bellas Artes).

If I ever have an afternoon free just to wander, you’ll often find me in this picturesque, tree-lined neighborhood near the Four Seasons Mexico City. Its streets are brimming with restaurants, bars, and boutiques, not to mention hundreds of Art Deco buildings. Springtime is especially lovely, when the purple-flowered jacarandas are in bloom. My wanderings will inevitably lead me down the pedestrian-only center of Calle Amsterdam. I’ll turn left on Calle Ozuluama for a stop at Maque, where I’ll vow to try something different among the fresh-baked pastries before settling on my usual concha to enjoy across the street in leafy Parque México.

A few blocks west of the park, the vintage shop Void is always fun to sift through; you may uncover treasures like a Chanel tweed jacket, Dior floral dress, or 1950s bellbottoms. If I’m there long enough for the day to turn into night—and I’m in the mood for Japanese food—I’ll have a light dinner at Izakaya Kura (just north of Parque España and technically in neighboring Roma Norte). Another favorite is chef Javier Plascenia’s surf-and-turf MeroToro, where standout dishes include the ceviche tostada and braised lamb.

It’s been two years since the Four Seasons Hotel Mexico City emerged from a head-to-toe renovation, and the property is still fresher than ever. Rooms are done up in soothing shades of beige, dark wood, and pops of maroon, and feel sophisticated without being stuffy. And the spacious marble bathrooms are like your own personal spa. But my favorite part is the grand inner courtyard, a tasteful jungle of greenery complete with an expansive patio. By day, it’s a bright and airy place to sip coffee and read the paper; come night, it transforms into a romantic oasis, with trees that twinkle with lights and a fountain that becomes a fire pit. It’s also where you’ll find the award-winning Fifty Mils bar and the indoor/outdoor Zanaya restaurant, known for its coastal Mexican food. (Don’t miss the Zarandeado fish, cooked over fire on a special oven custom-built in the kitchen.)

Join us in Mexico City 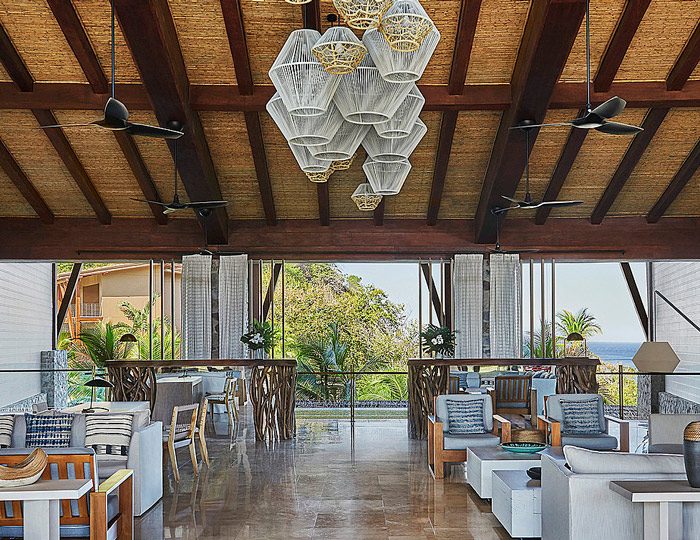 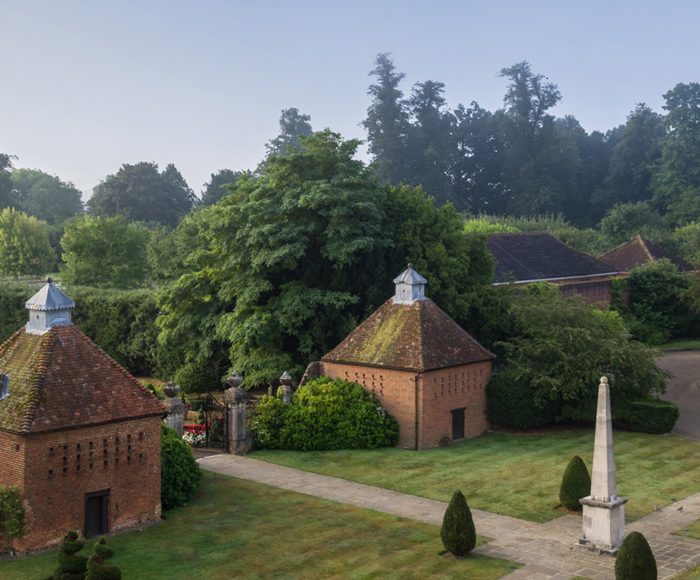 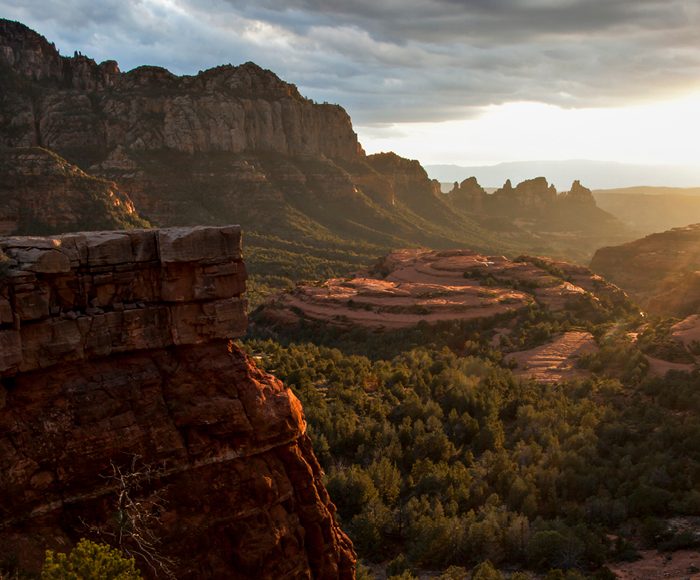 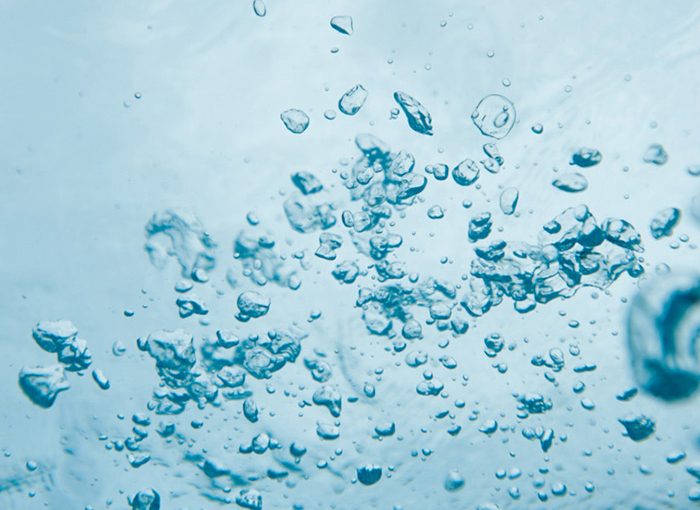