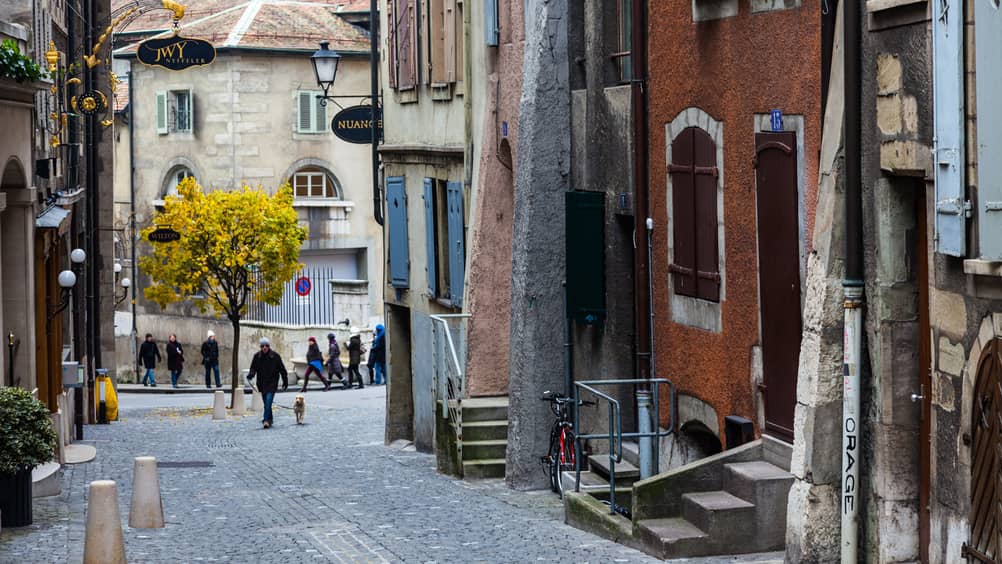 Explore the many charming streets of Geneva, and you'll find everything from designer shopping to fine chocolates.

Geneva enjoys one of the greatest urban locations in the world. It occupies the westernmost corner of Switzerland, literally on the French border; and it’s flanked by the stunning Alps and gorgeous Lake Geneva, also known as Lac Leman. More than just a city, it is the anchor of a two-nation region waiting to be explored. 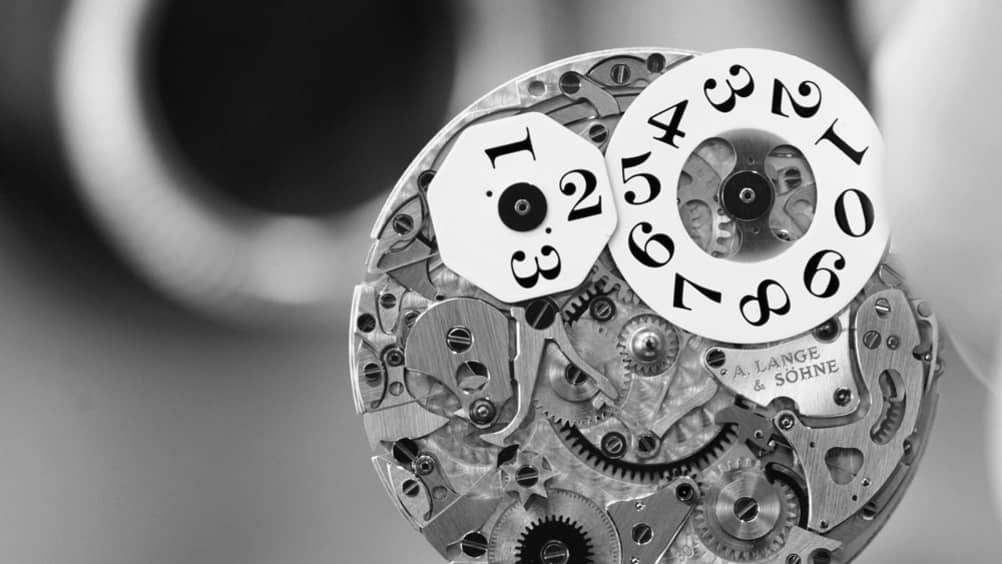 Switzerland is home to some of the world's best watchmakers, many of which are represented in Geneva.

Switzerland has nearly cornered the market on the production of fine watches, and all the great houses, including Patek Philippe, Breguet and Rolex, are in and around this city. Both Patek Philippe and Vacheron Constantin also have museums in the city. 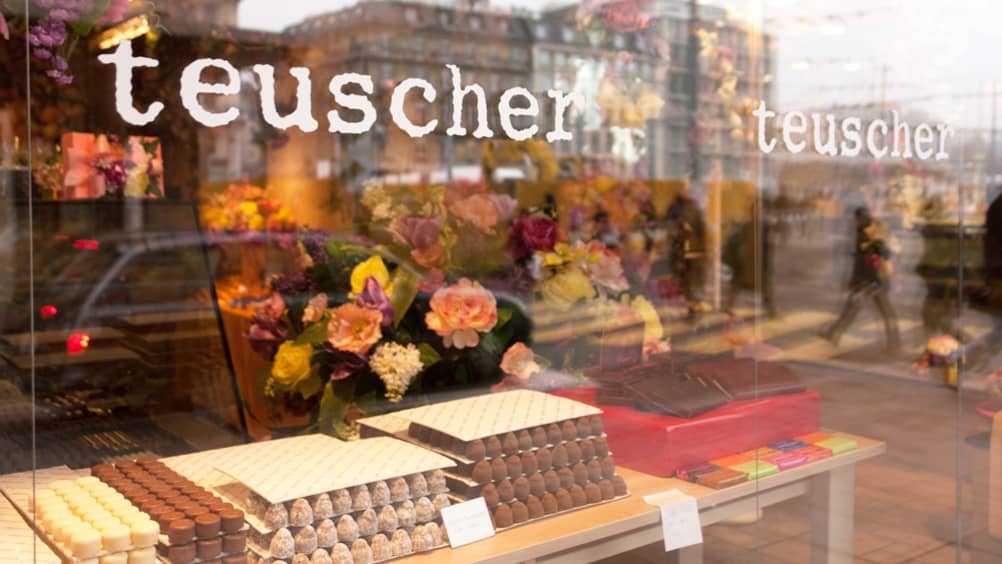 The Jet d’Eau, or jet of water, is the symbol for this sophisticated international city. The towering spray—which reaches more than 450-feet (137 metres) high—is visible from anywhere along the lakefront.

Geneva is home to the International Red Cross, which takes its original emblem from a colour reversal of the Swiss flag. The headquarters contains one of Europe’s can’t-miss museums.

See Geneva and the scenic surrounding region, including the towering Alps, during a boat cruise on the enormous lake. Boats depart regularly for Lausanne, Montreux and other towns on the Swiss side, as well as Evian-les-Bains and towns on the southern French coast. 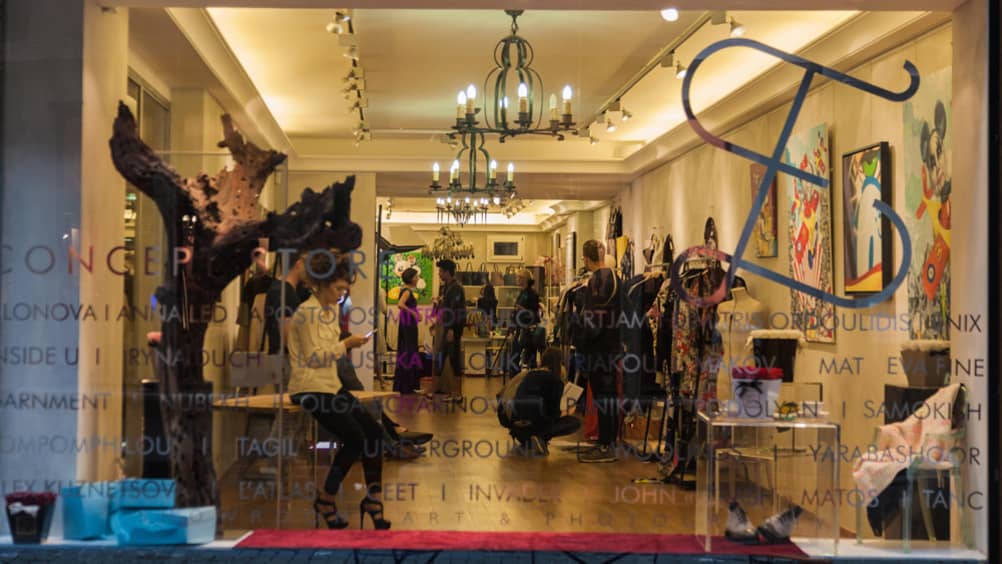 In Geneva’s historic medieval centre, you’ll find cobblestone streets, shops, restaurants and the city’s most important historic sights, the grand cathedral and Maison Tavel. This atmospheric zone is Geneva’s most charming and is best experienced on foot.

Take a day trip from Geneva

It is an easy trip by train or boat to Evian-les-Bains, the principal resort town on the French side of the lake. Evian-les-Bains offers thermal baths, a lakefront promenade along its historic old town, a marina, a casino, renowned spas and the fountain source of the famous bottled water.

Behind the scenes of watchmaking

Many of the watch factories that produce the expensive timepieces for which Switzerland is famous are in towns in the nearby Joux Valley, including Ebel, Jaeger-LeCoultre, Blancpain and Audemars Piguet. Two public museums that timepiece aficionados should visit in the area are the Espace Horloger and International Museum of Horology.

A history of the Olympic Games

Lausanne is Switzerland’s grandest lakefront town, located just a short train ride from Geneva, and also happens to be the home base of the International Olympic Committee. Pay a visit to the The Olympic Museum, which showcases the history of the Games. 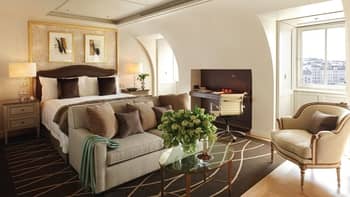 Indulge in a culinary escape with a credit of CHF 130 per guest towards Hotel dining and drinks. 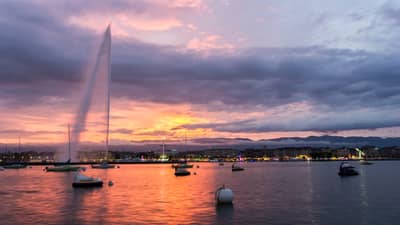 Geneva is the perfect jumping off point for family day trips to both Switzerland and France—think chocolate, castles and the Alps. 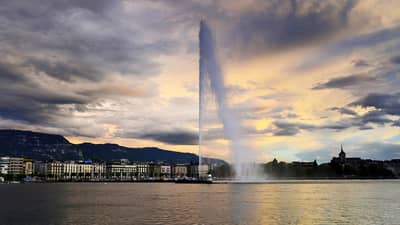