The bride holds a rose bouquet in peaches and creams.

An all-white, traditional Western ceremony awaits in the Resort courtyard.

The groom kisses his bride.

Sophia and Kelly choose a colour palette of cream, peach and fuchsia for the reception.

In keeping with a traditional Moroccan wedding, Sophia and Kelly arrive at the reception in a large white chair called the amariya, borne by four strong men.

The newlyweds pose for a photo on the terrace.

Once Sophia and Kelly were engaged, it didn’t take them long to decide where to have their wedding. “When my mother suggested we marry in Morocco to honour Sophia’s heritage, we just knew it was perfect for us,” says Kelly. “Right out of the gate, we said our wedding venue had to be Four Seasons Resort Marrakech.” The Florida-based couple chose the Resort knowing it would provide the first-class nuptials of their dreams.

The Scene: Combining Western and Moroccan traditions, the couple created a celebration that was uniquely theirs and enchanting in every way. The Western ceremony was held in the Resort’s open-air courtyard, which was swathed in all-white linen. Afterwards, they treated guests to a Moroccan wedding. The bride and groom were hoisted onto the shoulders of attendants while joyous Moroccan music filled the air. During the reception—which featured a colour palette of cream, peach and fuchsia—their 90 guests noshed on seven courses of authentic Moroccan dishes such as seafood pastilla and lamb machoui before dancing to tunes spun by a house DJ into the early morning.

Magical Moment: Kelly and Sophia agree that celebrating in Marrakech with their closest friends and family was one of the most extraordinary events of their lives, but exchanging their vows was the most memorable part. “Walking down that white aisle beneath the draped linens and swaying palm trees with my soon-to-be husband watching me all the way was just magical,” says Sophia.

The Bride and Groom: Knowing how much Sophia loved the movie Pretty Woman, Kelly rented a suite at Beverly Wilshire, Beverly Hills (A Four Seasons Hotel), and surprised her with a room full of roses and candles, and Kelly himself on bended knee. “It was amazing and unexpected,” says Sophia.

The Bride Wore: Sophia had four wedding gown changes throughout the festivities, which lasted until 6 am. For her Western ceremony, she chose a strapless sweetheart gown by Enzoani. Her three other gowns—one of which was a gift from her sister—and Moroccan accessories were from L’Art de la Mariée. Sophia transitioned from her natural hair and makeup for the Western ceremony to a more regal look for the Moroccan festivities, with red henna, dramatic makeup and an elegant updo. 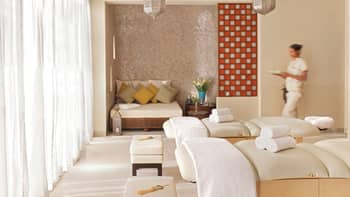 Indulge yourself and your loved one in a luxuriously authentic Moroccan experience, including time in our serene spa sanctuary. 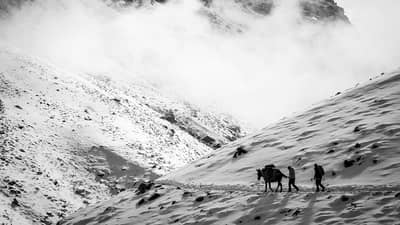 To cover this vibrant city’s top attractions and most memorable experiences, follow our tailor-made, two-day itinerary. 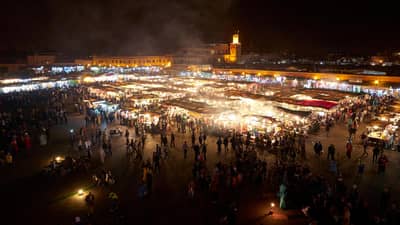 Discover stunning architecture, a vibrant arts scene, majestic mountain views, exotic gardens and some of the best markets in the world. There’s nowhere else like Marrakech.