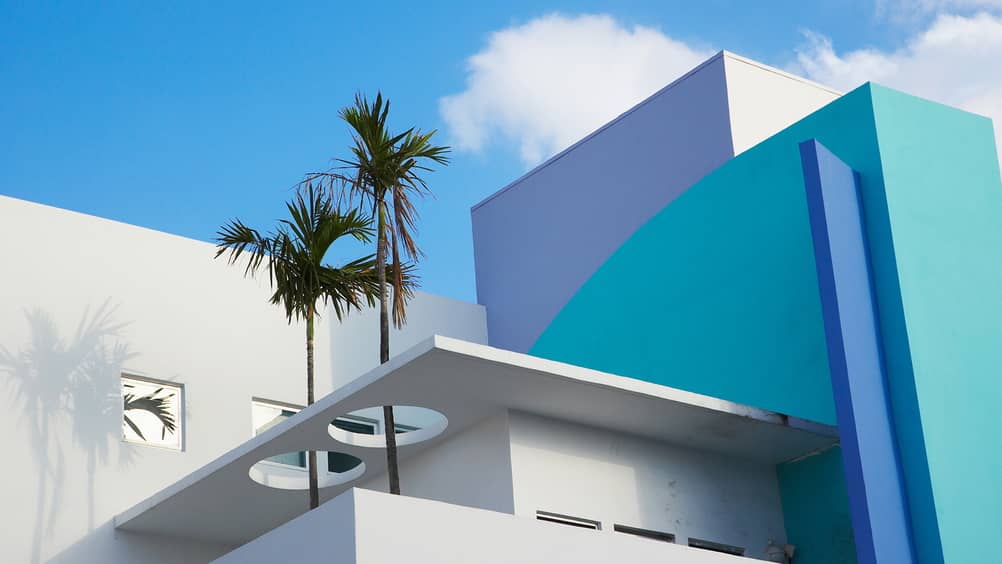 The Art Deco district of Miami Beach is the first 20th-century neighbourhood to be recognized by the National Register of Historic Places, for its 800 historically significant structures built in the 1920s, 30s and 40s.

Miami is the product and the paradox of her own geography: a glittering resort playground built on swamp and sand, with an ambitious urban spirit that celebrates its storied past. With only a weekend to spend in this South Florida city, base yourself at Four Seasons Hotel Miami. In this central downtown location, you’re never more than 15 minutes away from your next destination.

Day One: Art, Fashion and Food

10:30 am: Trade the gleaming steel-and-glass skyscrapers of downtown Miami for the Art Deco glamour of South Beach. A 15-minute drive from the Hotel brings you to the heart of the Miami Beach Architectural District, where pastel-hued Mediterranean Revival and Art Deco hotels, commercial buildings and residences compose the largest concentration of 1920s and 1930s resort architecture in the U.S. The Miami Design Preservation League offers 90-minute guided tours of historically significant landmarks, but the area is contained enough to tackle at your own pace.

Start on Ocean Drive at 5th Street and stroll north past Park Central, the Colony Hotel and the Clevelander. On parallel Collins Avenue, highlights include The Webster, a 1930s-era luxury boutique, and the Delano hotel, the tallest building in Miami Beach when it was constructed in 1947. Make pedestrian-only Lincoln Road your last stop. This outdoor mall, designed by Morris Lapidus and completed in 1960, features the geometric angles and curves characteristic of Miami Modern, or MiMo, architecture that flourished in the 1950s and 1960s. Along this historic lane, variegated rows of Art Deco and MiMo buildings house trendy shops, design studios, galleries and restaurants. 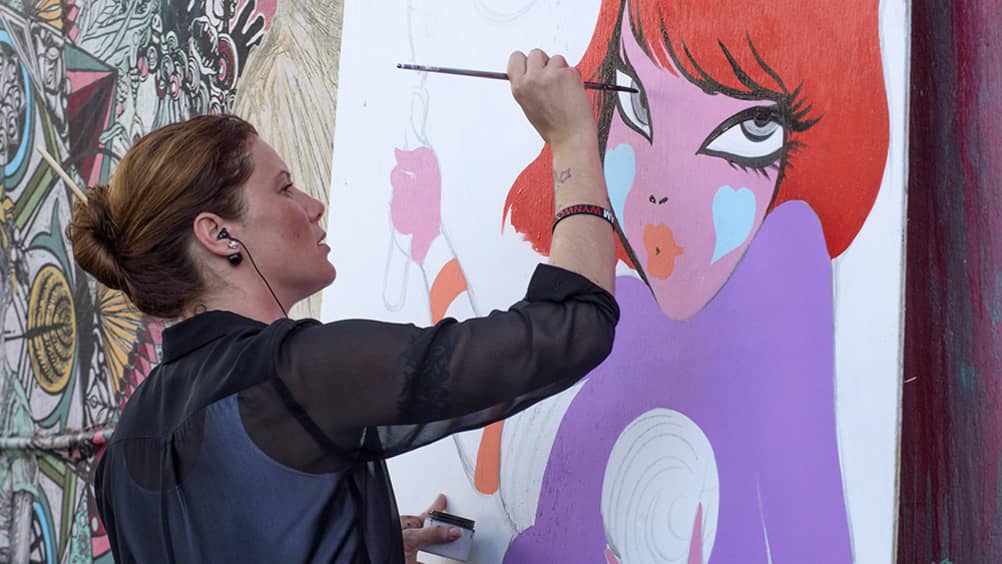 Miami's artistic spirit is on full display at The Wynwood Walls, home to murals by internationally recognized artists.

Noon: A fusion of Latin American and U.S. influences, Miami’s art scene competes on an international scale. Throughout the city, galleries and exhibition spaces host prominent shows, including the annual Art Basel Miami Beach, but for fresh entertainment, focus your attention on the emerging Wynwood Arts District. More than 70 art galleries, performance spaces, shops, bars and restaurants have reinvented this former warehouse district, which is now most famous for its street-art installation: The Wynwood Walls.

It’s a 15-minute drive from South Beach to Wynwood in mainland Miami. Position yourself within easy walking distance of the neighbourhood’s best shops and galleries by first stopping at Panther Coffee, a local hangout where you can refuel before setting out on foot to explore the area.

2:00 pm: The glossier Design District nearby blends Miami’s protean artistic spirit with steadfast luxury heritage. Poised to become one of the world’s most exclusive shopping destinations, with more than 100 affluent brands moving into the area over the next few years, the district is quickly earning its stylish reputation. Fashion boutiques such as Christian Louboutin, Hermès, Prada and Maison Martin Margiela mingle with art galleries and museums, as well as high-end design and interior décor shops – the area’s original tenants.

Map out your shopping itinerary over lunch at Michael’s Genuine Food and Drink. This neighbourhood bistro spotlights seasonal local ingredients with dishes like crispy hominy with chilli and lime, and the seared Florida shrimp sandwich. Don’t overlook the selection of perfect-to-split thin-crust pizzas – or the well-edited wine list.

8:00 pm: Take a seat in the spacious white-marble-and-exposed-wood dining room at Milos. This Mediterranean restaurant in South Beach inspires with décor (gauzy white curtains and terracotta accents) and transports with authentic Greek flavour. The specialty is seafood, and fish from Greece, Spain and Portugal are flown in daily to complement the indigenous offerings (black sea bass, red snapper, pompano) on the menu. Ordering is half the fun. Select your fish from the restaurant’s fish market, an impressive display of exotic options such as fagri, loup de mer (Mediterranean sea bass), Dover sole and dorado, and let the chef do the rest.

A less formal (but no less flavourful) option is Yardbird, a deliberately rustic eatery in South Beach. The menu reimagines regional cooking with tapas-style plates like fried green tomatoes with pork belly, chicken and biscuits served with pepper jelly, and devilled eggs topped with smoked trout roe. Try one of the signature cocktails, which balance heavy pours of excellent bourbon with fresh, organic ingredients. 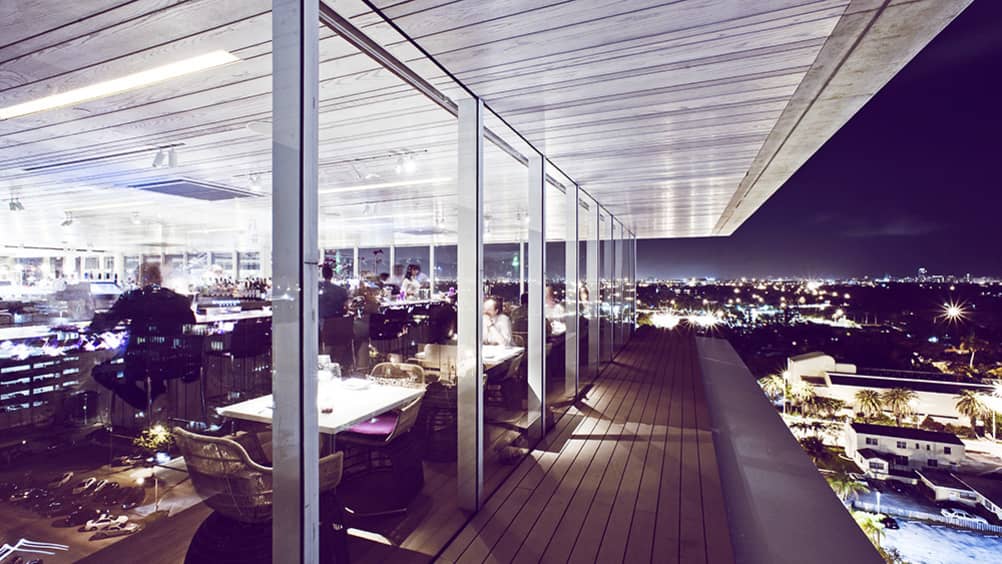 People watching is at its best in Miami Beach, and you can combine it with dinner, drinks and views at the ultramodern Juvia Lounge.

10:30 pm: Relocate for an after-dinner drink at Delano’s Rose Bar, an elegant spot to unwind over well-crafted cocktails and quiet conversation. But you’ll find more action (and people-watching) at the hotel’s poolside bar. For the best views of South Beach and Miami, head to the rooftop lounge at Juvia, a trendy restaurant and bar set atop the famed Herzog & de Meuron–designed parking garage on Lincoln Road.

1:00 am: Miami is known for its late-night entertainment. If you have the stamina, enter the velvet-rope world of Liv. The nightclub is located in the historic Fontainebleau hotel and remains a consistent stop on the celebrity party circuit. Dress to impress, and don’t arrive before 1:00 am, when the scene really comes alive.

Day Two: Back to Nature 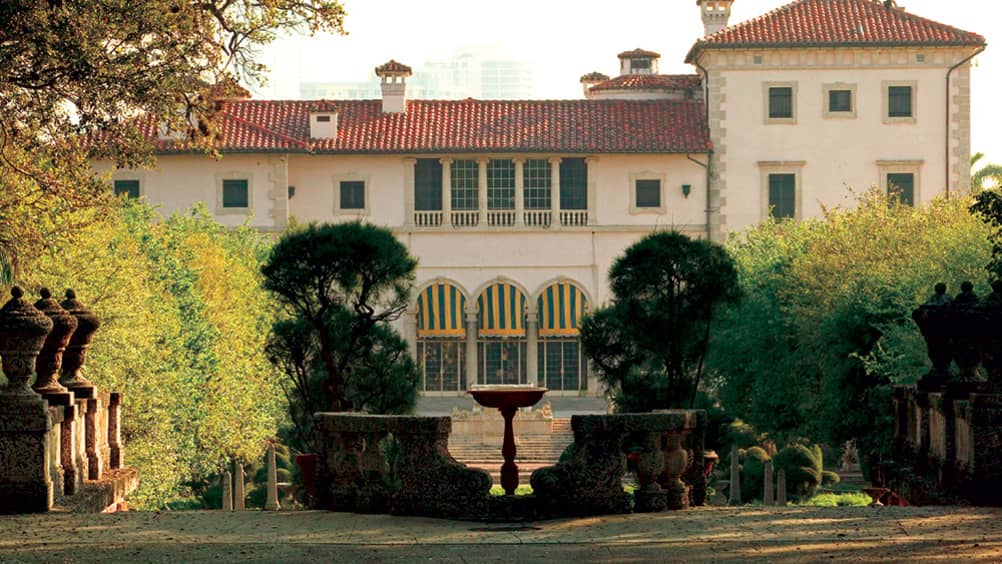 10:00 am: Less than 2 miles (about 3 kilometres) from Four Seasons Hotel Miami, Vizcaya Museum & Gardens is one of the city’s historic treasures. Built between 1914 and 1922 on Biscayne Bay, this sprawling estate integrates 18th-century Italian and Mediterranean architecture with Florida’s subtropical vegetation. The mid-morning light and temperature showcase Vizcaya’s European-inspired gardens at their best, so start outdoors before venturing inside the house to peruse the ornate interiors and extensive art collection. 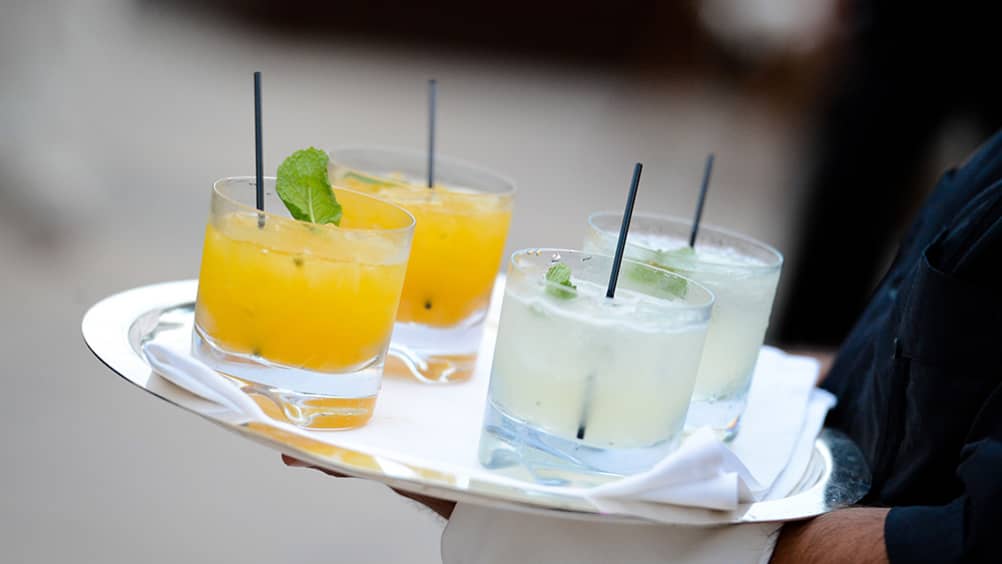 Much of the produce served at EDGE is grown onsite at Four Seasons Hotel Miami.

Noon: Sunday brunch at the Hotel’s farm-to-table steakhouse, EDGE, is a culinary event. Unlimited mojitos, mimosas and bloody Marys accompany an array of fruits, salads and charcuterie. Sip and sample before selecting made-to-order dishes from gourmet stations like the Taco Shack or the terrace barbecue grill. Toss out any notion of a light meal when you encounter the decadent spread of homemade desserts.

2:00 pm: About 15 minutes away by car, the small barrier island of Key Biscayne feels a world apart from mainland Miami. The island is capped at both ends by natural parks, so you won’t need to look far to find a secluded spot on the sand. The southern park, Bill Baggs Cape Florida State Park, has been named among the top beaches in the U.S. In addition to swimming, kayaking, cycling and fishing, you can tour the park’s historic lighthouse, the oldest standing structure in Miami-Dade County.

For a truly local experience, skip the beaches and return to Lincoln Road in South Beach. The Sunday farmers market runs all day between Meridian and Washington avenues and features the usual suspects – fruits, vegetables, baked goods and crafts – in addition to well-priced live orchids and exotic spices.

9:30 pm: Leaving Miami without dining on Cuban cuisine could be considered sacrilege. Drive about 15 minutes inland to Little Havana. Exceptional food emanates from this district, which was established by Cuban exiles, and the icon of the neighbourhood is Versailles. This gilt-and-glass restaurant is a local institution known as well for its cameos in political campaigns as it is for its ropa vieja. Daily chef specials are always on the menu, as are classics like plantain soup and the “famous” Cuban sandwich. 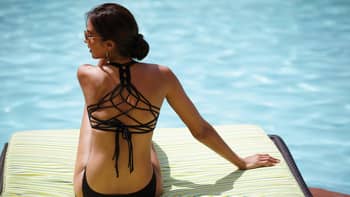 Take advantage of exclusive savings on our room rates. 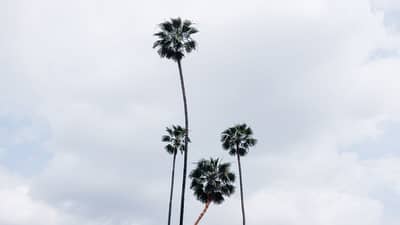 Things to Do in Miami With Kids

Why not plan your next family vacation in colourful and lively Miami, Florida – a vibrant big city flanked by dazzling beaches. 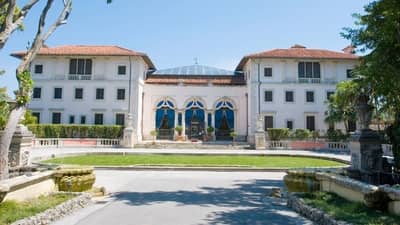