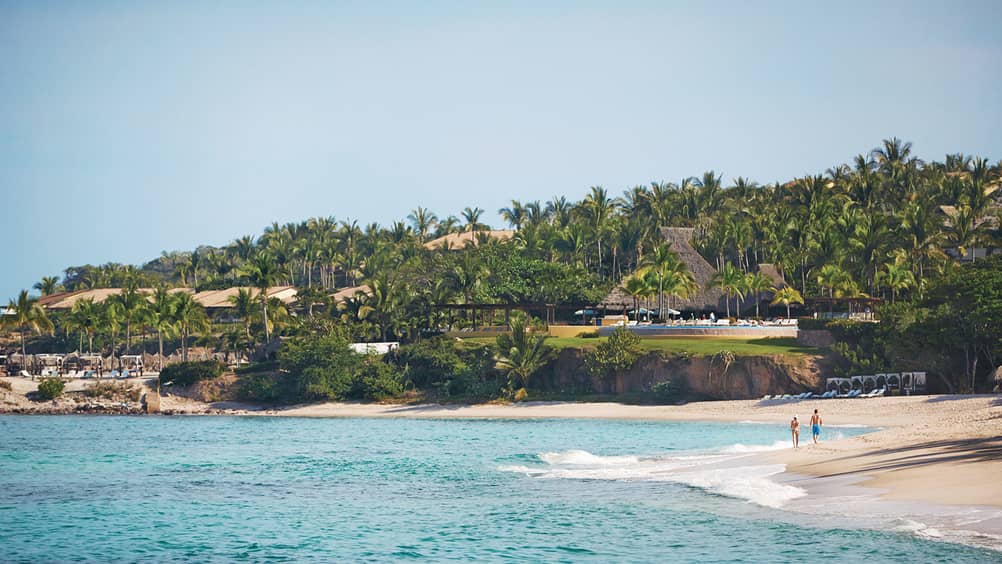 A round of golf 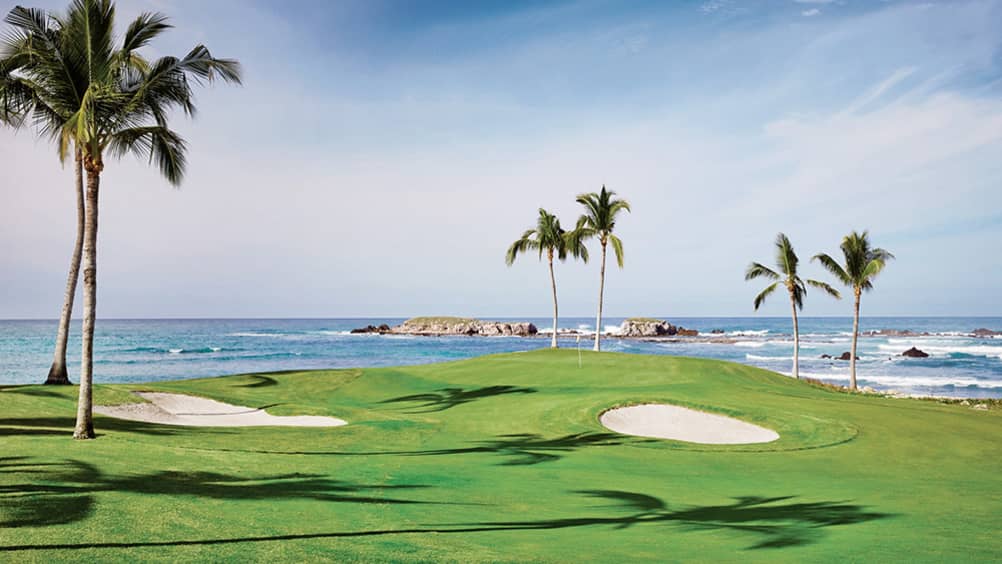 With two championship courses, both designed by Jack Nicklaus, the Resort is a prime destination for serious golfers.

The Jack Nicklaus–designed Pacifico golf course at Punta Mita has something you won’t find at any other course in the world—an offshore natural island green. Set on a rocky atoll in the Pacific Ocean, 199 yards from shore, the par-3 is known as the Tail of the Whale, or hole 3B. Due to the difficulty, Nicklaus built 19 holes to offer an alternative, 3A, for golfers who don’t want to navigate the water hazard. Those who clear the ocean meet their ball on the island green via a rocky pathway (during low tide) or amphibious golf cart (as the tide rises). A second Nicklaus course, Bahia, offers rolling fairways with excellent views of Bahía de Banderas.

Made with the agave plant, tequila has mystique and unmistakable appeal, and at the Resort you can explore its many varieties. An on-staff tequila sommelier will take you through the aromas and flavours of any of the more than 125 different varieties available at the Resort. True tequila connoisseurs should embark on the Resort’s Ultimate Tequila Tour, a private excursion that carries you by helicopter to the José Cuervo distillery in Tequila, Mexico. The area is a UNESCO World Heritage Site and offers breathtaking scenery as you sample tequila and indulge in a gourmet lunch. 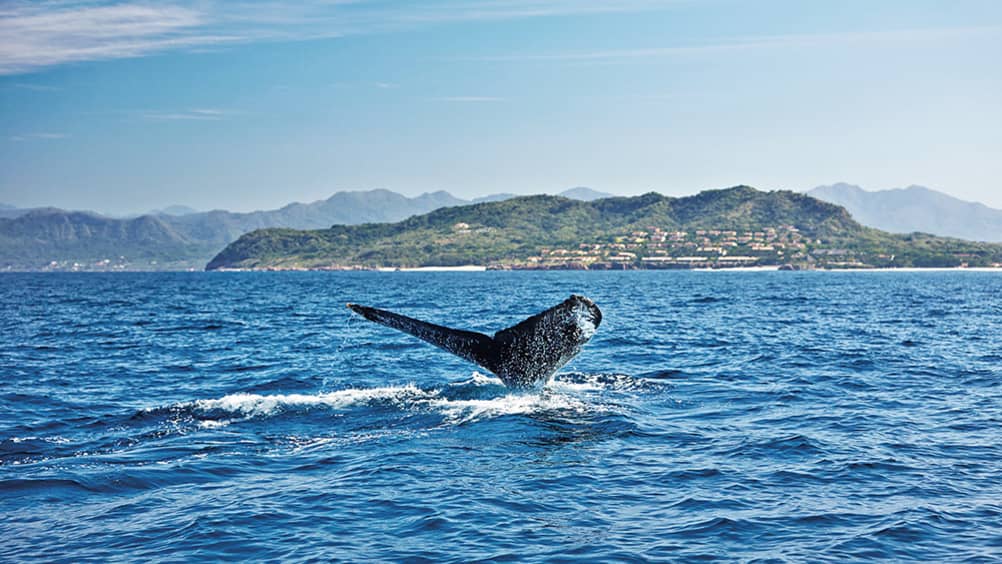 The coast around the Resort is in the very heart of the migration route for humpback whales—so many and so close that they can easily be viewed from shore between December and March. To get up close and personal, several companies, including Punta Mita Expeditions, offer daily, three-hour whale-watching cruises in season.

Life in Punta Mita revolves around the water, as does the Resort’s elaborate Apuane Spa, which translates to “healing waters.” The Resort also has three totally separate and complete outdoor Spa locations. One is set at the beach, one at the pool and one in a lush tropical garden, each allowing for a private spa escape under the bright blue Mexican sky.

Not many visitors know that Puerto Vallarta, less than an hour away, has one of the best selections of art galleries in Mexico. About a dozen quality galleries offer everything from decorative pieces for the home to important works by Mexico’s masters, along with glasswork, ceramics and photography. The Galería Indígena specializes in regional arts and crafts from various Mexican ethnic groups.

The Malecon, or seaside promenade, is a distinguishing feature of many Latin American cities, but Puerto Vallarta has one of the best. The paved seaside path hugs the beach along the city’s main street, opposite shops and eateries, and is the best way to explore the charms of this resort town. Along the walk are several important sculptures, fountains and outdoor art installations, and at the southern end, the oldest part of the city, you can find the remains of Spanish Colonial architecture.

The Punta Mita community sits on the northern tip of the Bay of Banderas, the second largest in North America. To explore this vast expanse, surrounded by more than 30 miles (50 km) of beaches, charter the Resort’s private, 17-metre (55-foot) luxury yacht. The Italian-built ship is a floating extension of the Resort, fully staffed for up to 10 guests who want to fish, see whales, explore the islands, take out the onboard Wave Runner or simply relax on deck.

Three mornings a week, a local fisherman who works with the Resort arrives in a boat full of freshly caught fish. Joined by Philippe Piel, the Executive Chef, guests choose a fish, discuss and select its exact preparation, and return to dinner that night to enjoy their truly custom “fish of the day.”

Home to a large annual culinary festival, Puerto Vallarta is one of the top culinary epicentres in all of Mexico. The best of the restaurants is Café des Artistes, which should not be missed. Its chef and owner, Thierry Blouet, is one of the few on earth admitted to the ultra-prestigious Maîtres Cuisiniers de France. Though born in Puerto Rico, this French chef has roots in Paris—his grandfather was General Manage of Four Seasons Hotel Georges V, Paris, for more than 30 years. 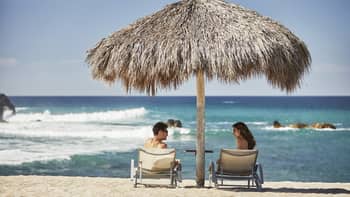 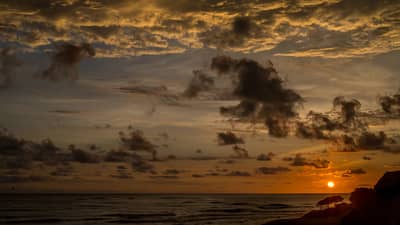 Fresh seafood, activities for the whole family and top surfing make Punta Mita the perfect destination for your next beach vacation. 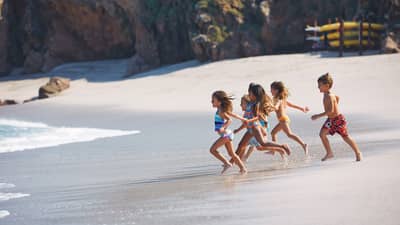 Things to Do With Kids in Punta Mita, Mexico | Four Seasons Resort

Kid-friendly cuisine, plenty of private space and Mexican art classes are just some of the things on offer when you visit Punta Mita, Mexico, with the whole family.