With its sprawling parks, world-renowned museums and rich theatrical tradition, London is one of the world’s top tourist destinations. In part because of the births of Prince George and Princess Charlotte, the latest additions to the royal family, all eyes are on the British capital, and visitors are discovering that the city is as much a playground for kids as it is for adventuresome adults.

With routes travelling throughout London, double-decker buses are a great way to spot all of the city’s notable landmarks.

The best way to learn your way around London (and point out the city’s iconic landmarks to young travellers) is to climb atop a double-decker red bus. The Number 9 takes you past Trafalgar Square to Royal Albert Hall and Kensington High Street, while the Number 15 travels past Fleet Street and St Paul’s Cathedral to the Tower of London.

Get a new perspective

For a bird’s-eye view of the nation’s capital, take a ride on the London Eye, the giant Ferris wheel perched on the South Bank of the River Thames. Follow your sky-high ride with a boat cruise down the river for an even closer look at Big Ben, the Shard and other city landmarks.

Embrace your literary side with a visit to Shakespeare’s Globe Theatre in Bankside, painstakingly fashioned after the original Elizabethan playhouse. Catch an afternoon play during the summer, or take a tour of the theatre any time of the year.

Take tea at the Tate Modern

Housed in a former power factory, the Tate Modern is the most visited modern art gallery in the world.

While you’re in the area, check out the Tate Modern, a former power factory that’s now the most visited modern art gallery in the world. Grab a cup of tea on the top floor restaurant overlooking the Thames, then walk across the Millennium Bridge. The stroll will be a treat especially for kids who remember the bridge from Harry Potter and the Half-Blood Prince.

On the north side of the river, take a self-guided, kid-friendly tour of St Paul’s Cathedral, the masterpiece of 17th-century architect Sir Christopher Wren. After exploring the cathedral’s impressive nooks and crannies, sit down to lunch at The Restaurant at St Paul’s Cathedral, a favourite spot for its locally inspired menu and unusual location in the cathedral crypt.

Visitors to the Tower of London, home to the Crown Jewels, can gaze at the monarch’s exquisite crowns and sceptres, with a total of 23,578 gems. Kids will be intrigued by the sinister medieval torture chamber as well as the Beefeater’s fun- and fact-filled tours of the former royal palace.

Kids can see more than 750 different species of animals at the London Zoo.

Escape the hustle and bustle in the city centre with a visit to Regent’s Park, home to the London Zoo. Grab lunch at the zoo’s newly built Terrace Restaurant before venturing to the stunning Queen Mary’s Garden, which is home to 30,000 roses of 400 different varieties. Round off the afternoon with a visit to the swans on the south side of the park and a boat ride near the Boathouse.

Rent a “Boris” bike (named after London mayor Boris Johnson) and ride to the Diana, Princess of Wales’ Memorial Playground in Hyde Park, next to her former home at Kensington Palace. Kids can tuck into some cake while you indulge in a scone and clotted cream at The Orangery, a gorgeous restaurant inside the palace.

Arrive early to beat the crowds at Hamleys, the oldest toy store in the world. With seven floors of toys and stunning window displays, the iconic flagship store on Regent Street remains perpetually packed with wide-eyed kids and adults.

More than 195,000 portraits pay tribute to the most famous people in British history at the National Portrait Gallery, including one of HRH the Duchess of Cambridge (aka Kate Middleton). Kids won’t want to miss the Gallery’s storytelling sessions and art workshops, which are offered regularly. 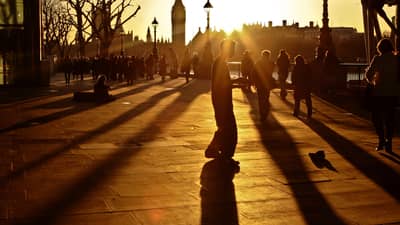 In this regal neighbourhood, the best shopping, restaurants and museums are just a stroll away. 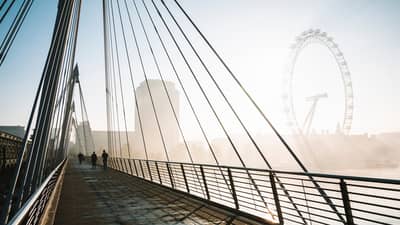 Make the most of your next visit to London—from the finest shops to the best afternoon tea. A Four Seasons Concierge shares these expert tips and more. 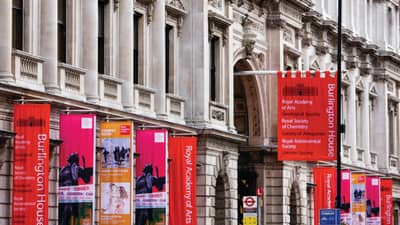 Mayfair: The Home of British Art

Some of the capital’s leading galleries – including renowned auction houses Christie’s and Sotheby’s – are located within walking distance of Four Seasons Hotel London at Park Lane.