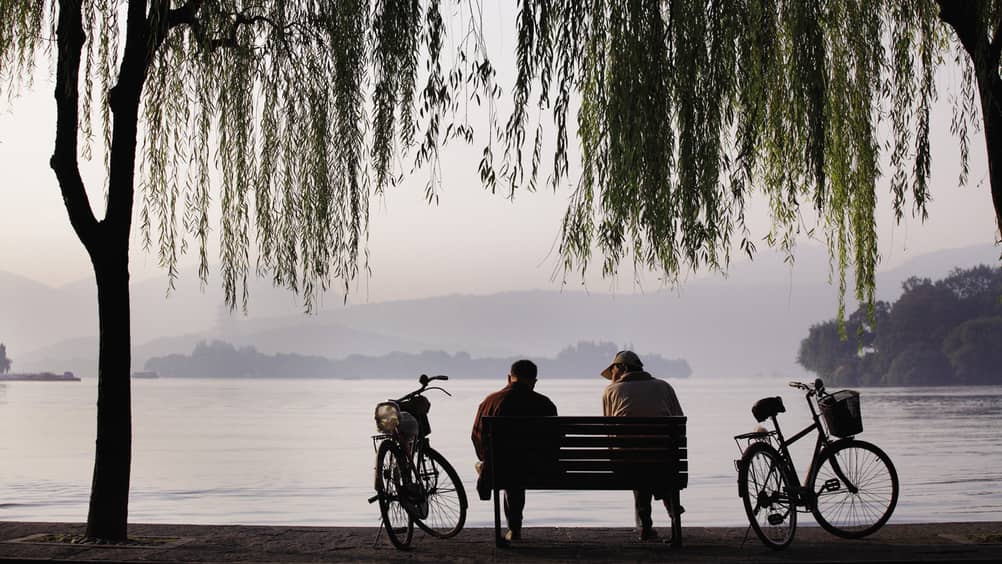 Hangzhou grew up around one of China’s most fabled natural landmarks, West Lake (known locally as Xī Hú), which was added to the UNESCO World Heritage list in 2011. While the area’s undulating hills and tea-growing valleys have inspired ancient legends and fairy tales, West Lake’s shores and causeways are relatively flat and perfect for exploring on two wheels.

Hangzhou has long been a popular destination for cyclists and active travellers. The city was the first in China to develop a public bicycle sharing system, which today is one of the most robust programmes in the world; more than a dozen rental kiosks dot the West Lake area. Begin your cycling exploration at the entrance of Four Seasons Hotel Hangzhou at West Lake , where sturdy mountain bikes are provided free for guests. From there, three possible routes deliver you to the very best sights and attractions of this lakefront destination.

The shortest path (one-hour round trip) is perfect for families and less experienced cyclists. Jump in the saddle and head south along Yang Gong Causeway, which gives a fine perspective of the size of the lake from the western shore. Zip past famous sight-seeing spots with poetic names such as Quyuan Garden, which translates to “Lotus Swaying in the Breeze,” skirt the base of Dingjia Hill, and pass the “Viewing Fish at Flower Harbour” lookout point.

Once you’ve reached the southern shore, cycle a short distance east along Nanshan Road, then head back across the lake via Su Causeway. From this route you can see some of Hangzhou’s centrepiece scenic attractions—including the islet named “Three Pools Mirroring the Moon,” and (when the bridge is bedecked with peach blossoms and weeping willows) “Dawn at Su Causeway in Spring.” At the end of Su Causeway, you’ll be greeted by the wing-tipped slate roofs of Yue Fei Temple, dedicated to a revered general of the Southern Song Dynasty. Park your bike and step inside to view the three temple halls and the courtyard that contains Yue Fei’s tomb. From here, it’s a short ride back to the Hotel. 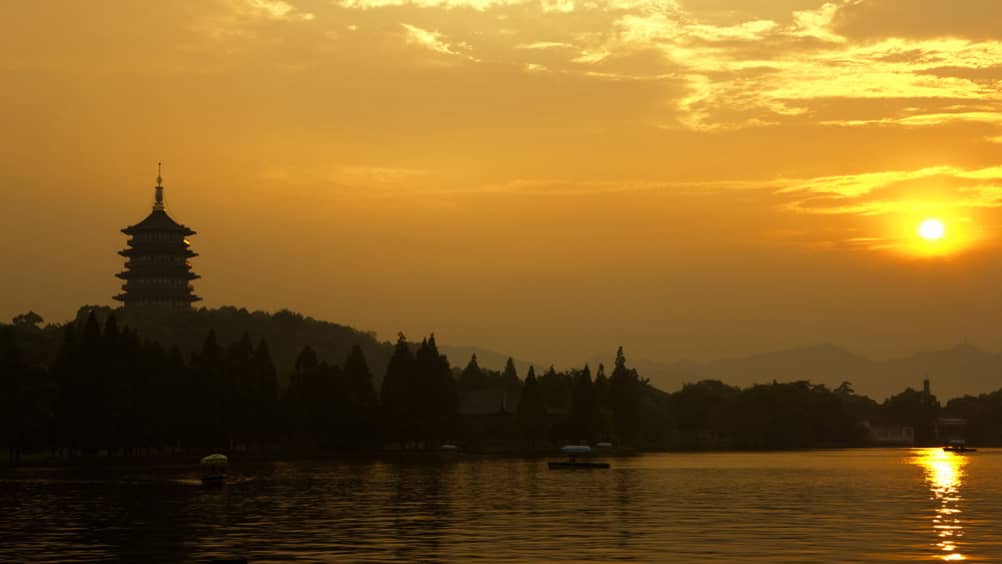 Along Nanshan Road, you’ll find Leifeng Pagoda, a five-storey structure famous for its role in a popular Chinese folk tale.

Route two is a counterclockwise circumnavigation of the lake and requires around two hours of leisurely cycling to complete. As with Route 1, proceed south from the Hotel along Yang Gong Causeway. Upon reaching the southern shore, continue east along Nanshan Road to arrive at the soaring Leifeng Pagoda. This octagonal, five-storey structure was originally built in AD 975, and became famous across China thanks to the folk tale “The Legend of White Snake,” in which an evil monk imprisons a young woman inside the pagoda. Rebuilt in 2002, ruins of the original brick temple are still on display at ground level, while the top floor yields photogenic vistas of West Lake.

Continue north along the lake’s eastern perimeter. Make stops at the pretty “Orioles Singing in the Willows” garden and the fascinating West Lake Museum before cycling along the Hubin Road promenade. There are several cafés, coffee shops and ice cream parlours here in case you’re in need of an en-route refreshment.

Northeast of the promenade, the route winds back over the lake via the Bai Causeway. Here, you’ll pass two more famous lake landmarks: “Lingering Snow Over the Broken Bridge” is an arched bridge that gives the illusion of being broken after winter snowfall, and “Autumn Moon Over the Calm Lake” is an ancient, water-rimmed terrace. Rest your legs at this last scenic stop before reconnecting with the shorefront Beishan Road for the short ride back to the Hotel.

The Hall of Five Hundred Arhats—located in The Temple of the Soul's Retreat—houses 500 intricately carved bronze statues, making it the largest collection in China.

If the gentle lakeshores leave you craving a more strenuous ride, take on Lingyin Lu, the hilly 4-kilometre (2.5-mile) road that leads west to the Temple of the Soul’s Retreat. One of China’s most cherished Buddhist temples, Lingyin Si (as it is known locally) was built in a forested valley more than 1,600 years ago. Today, its incense-filled halls display giant Buddhist statues including, in the Hall of Five Hundred Arhats, 500 seated figures in bronze, each weighing one ton. Before entering the formal entrance of the temple at the Hall of Heavenly Kings, park your bike outside and explore the Three Grottoes on Flying Peak, each adorned with hundreds of striking Buddhist carvings.

Once you’ve taken it all in, bike back to the Hotel and reward yourself for a productive day with a soothing soak in the Infinity Pond pool. If your muscles are in need of a little extra attention, the Spa’s De-stress Muscle Release massage and the Foot Reviver treatment will leave you refreshed and ready to take on another ride. 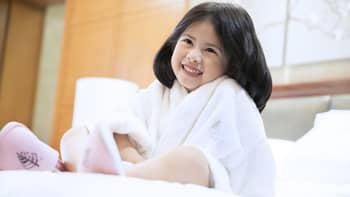 Warm up your winter with a family getaway that includes daily breakfast, kids' activities and special experiences, weekend afternoon tea, and much more. 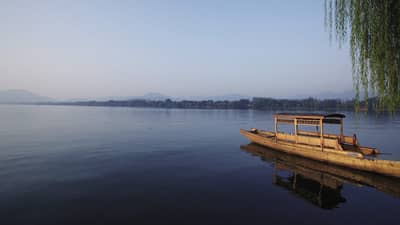 The concierge team at Four Seasons Hotel Hangzhou at West Lake shares the best things to see and do in this tranquil local – from sipping tea to cycling the verdant countryside.

8 Things to Do With Kids in Hangzhou

With beautiful sights, delicious cuisine and plenty of fun activities for kids, Hangzhou is the ideal getaway for a relaxing family vacation.