Isa and Paul share a kiss against the backdrop of the Florence skyline.

Tea lights hang from birch trees in the reception space.

Airplane figurines and a custom illustration of the bride, the groom and their dogs lend a personal touch.

In search of a destination as romantic as their first meeting, Isa Tamargo and Paul Harris were drawn to the centuries-old charm of Florence. There, they visited Four Seasons Hotel Firenze, a location that proved to be love at first sight. “When we walked into the Hotel, we just knew,” says Isa of the property’s ornate Conventino and Renaissance-era Palazzo della Gherardesca. “It was breathtaking.” The Pennsylvania couple ultimately said their I do’s in front of an intimate circle of family and friends in the lush Giardino della Gherardesca.

The Scene: Little was needed to transform the Hotel’s English-style garden—with tree-covered hills and a view of the Duomo—into an enchanting ceremony setting. Inspired by yellow roses, a favourite of Paul’s late mother, the couple chose a yellow and blue colour palette for their sophisticated fall wedding. Yellow garden roses punctuated bouquets of cream roses and irises, which adorned the aisle and iron gazebo where couples said their vows. A crystal chandelier sparkled above. For the ballroom reception, more than 2,000 candles created the feeling of an al fresco evening under the stars.

The Bride and Groom: A couple of cancelled flights, one shared armrest and fate brought this bride and groom together. “I was last row, window, and he was last row, middle seat. We talked the entire flight, and the rest is history,” says Isa of their first meeting. Nearly two years later, Paul planned a quick 48-hour trip to London, where he proposed to Isa in St Pancras railway station beneath The Meeting Place, an iconic statue representing reunited lovers and travellers. “That’s what Paul and I were—travellers wandering around the world until we met,” says Isa.

Magical Moment: After savouring a delectable five-course dinner, guests were led by violin escort through the garden for cake, Champagne and a fireworks show. “The Four Seasons team surprised us by including our initials with a heart in the fireworks show,” says Isa. “It was amazing.”

The Bride Wore: Isa’s blush-toned Monique Lhuillier gown befitted the elegance of the day. “What completely sold me about the dress was the very subtle rose print,” says Isa. “Roses were my mother-in-law’s favourite flowers, so it felt like the dress was just meant to be.” She tied a jewel-encrusted Vera Wang sash around her waist and wore royal blue Manolo Blahnik peep-toe pumps. David Yurman bridal jewellery complemented her platinum and diamond crossover engagement ring by the same designer.

Personal Touches: “Having a wedding that truly captured our personalities and our love was very important to us,” says the bride. Guests received welcome bags with an airplane figurine, representing the couple’s first meeting, and custom luggage tags depicting the soon-to-be Harris family (including two dogs), illustrated by one of the bride’s favourite artists in her native Panama. During the ceremony, Isa walked down the aisle to a string quartet version of one of the couple’s favourite songs, “Chasing Cars” by Snow Patrol. The hands-on bride even designed the wedding cake. “It was one of the last things the guests would try, so I wanted it to be delicious and special,” says Isa, who sketched the design that was brought to life by the Four Seasons team.

An artful angel statue lends a classic air to the Giardino.

The wedding invitations bear out the couple’s blue and yellow colour scheme.

Isa is the picture of elegance in a beautiful Monique Lhuillier gown.

Suede Manolo Blahniks are the bride’s “something blue.”

Isa smiles with her new husband in the garden.

The couple share a first look inside the garden’s neoclassical temple.

A Danish artist’s bronze creations were on exhibit at the Hotel.

The newly ordained Mr and Mrs Harris steal a moment together above the historic city skyline.

Paul raises a celebratory fist when he kisses his new bride for the first time.

Flowers and more than 2,000 candles decorate the reception space and its immaculate tables.

Her mother’s engagement ring and a necklace from her nieces hang from the bride’s bouquet.

A diamond cluster ring is a gift to the bride from her mother.

The bride and groom kiss in the enchanting Giardino della Gherardesca.

Paul and Isa take a quiet walk in the garden.

A single yellow craspedia is tucked into the napkin at each place setting.

A string quartet performs for the ceremony.

Guests watch a fireworks show after the cake cutting. 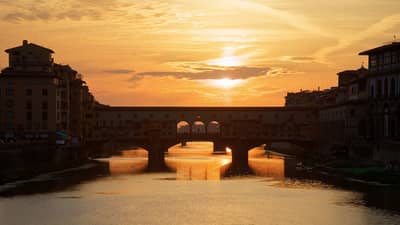 The Renaissance city’s artisanal legacy thrives in its downtown district, where historic landmarks sit next to the studios of contemporary craftsmen. 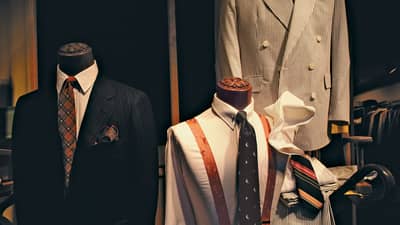