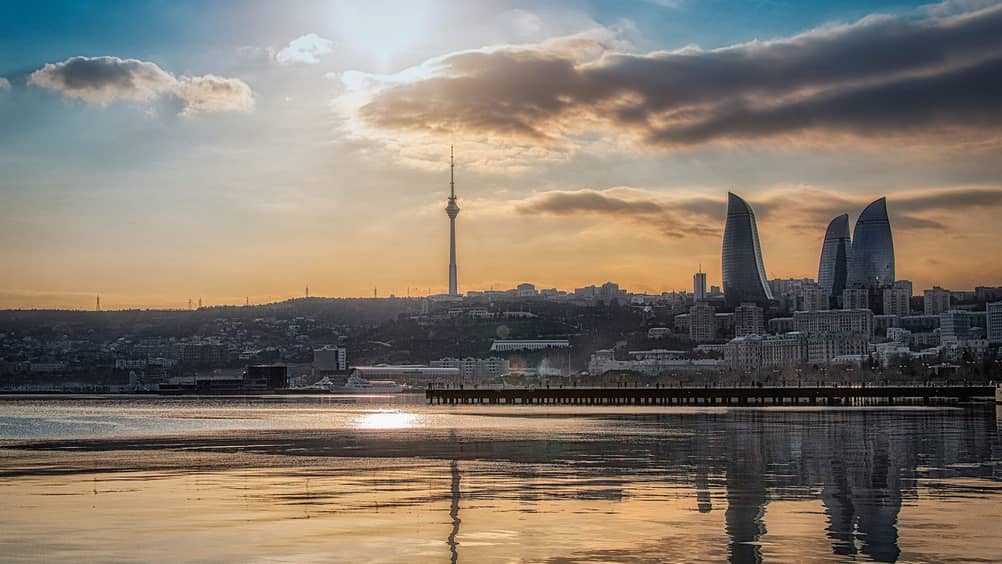 Baku’s skyline has grown more cosmopolitan with the addition of modern skyscrapers such as the Heydar Aliyev Cultural Centre and the Flame Towers, a three-structure, mixed-use complex that glows in the night.

Situated on the coast of the Caspian Sea, Baku is a quickly changing city boasting an exuberant blend of East and West. The medieval fortress wall surrounding Old City is offset by swanky new restaurants, a vibrant nightlife and a distinctly cosmopolitan skyline. To help make the most of this city of contrasts, we asked Four Seasons Hotel Baku Concierge Supervisor Vusal Isagov to share his recommendations for the best things to do in Baku, from must-try authentic restaurants to the city’s most famous landmarks.

Innovative architecture on the rise in Baku

As Baku continues to develop, cutting-edge design is an increasingly prominent part of the city. Outside the historic area that has been named a UNESCO World Heritage site, striking modern structures are becoming the new icons of Baku. The Flame Towers, the tallest buildings in the city, dominate the Baku skyline. At night, the three towers are illuminated by LED lights—truly a sight to behold.

An impressive display of modern architecture, the Heydar Aliyev Centre was built without a single straight line. Its undulating walls and roofline house a three-floor museum commemorating the life and work of the famous Azeri leader. 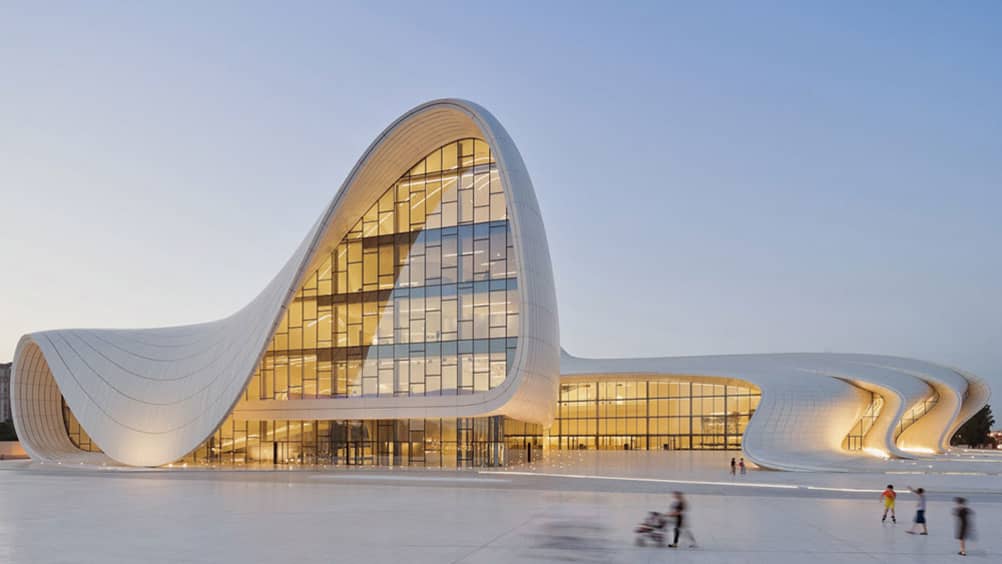 Not a single straight line was used in the construction of the Heydar Aliyev Cultural Centre, which began in 2007. Completed in May 2012, it is now an architectural symbol of the city.

Crystal Hall doubles as a concert hall and stadium and accommodates more than 23,000 people. The unique structure, which resembles cut crystal, is covered with close to 9,500 LED lights that make the building sparkle at night.

Sample Azeri cuisine at a variety of restaurants in Baku. The chef at Mugam Club creates modern takes on authentic local dishes, while Sumakh, just a short drive from the Hotel, is an excellent choice for its atmosphere and Azeri cuisine. 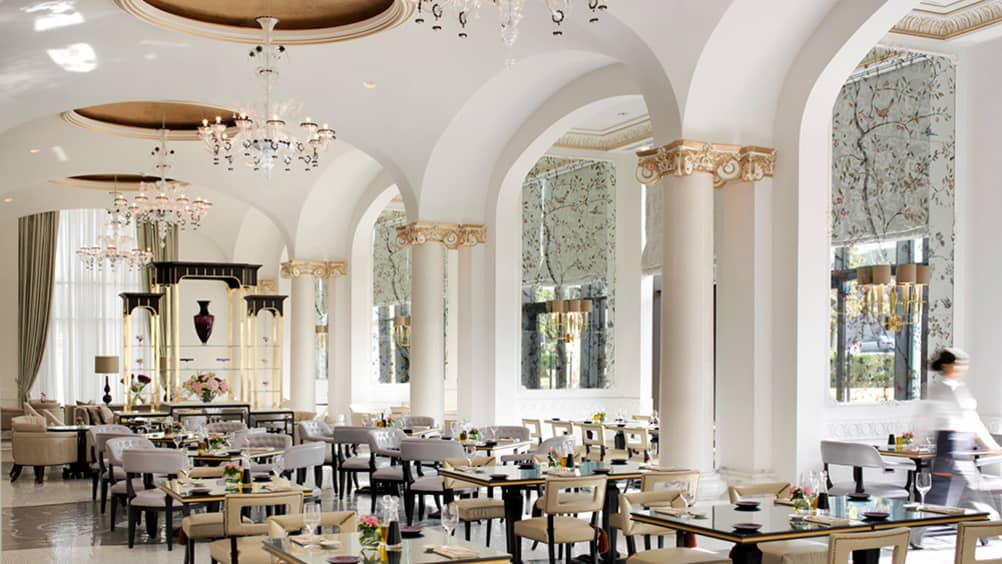 Open for breakfast, lunch and dinner, the Hotel’s Zafferano restaurant serves Italian cuisine in an elegant dining room that opens up with a terrace next to Philharmonic Park.

Along with Baku’s rapid growth, its shopping scene continues to develop and flourish. The Old City is packed with vendors selling authentic carpets and souvenirs. Iconic names from the fashion world have found a place on Neftchiler Avenue; you don’t have to venture far from the Hotel to browse the latest fashions from designers such as Versace, Dior, Burberry and Ermenegildo Zegna. 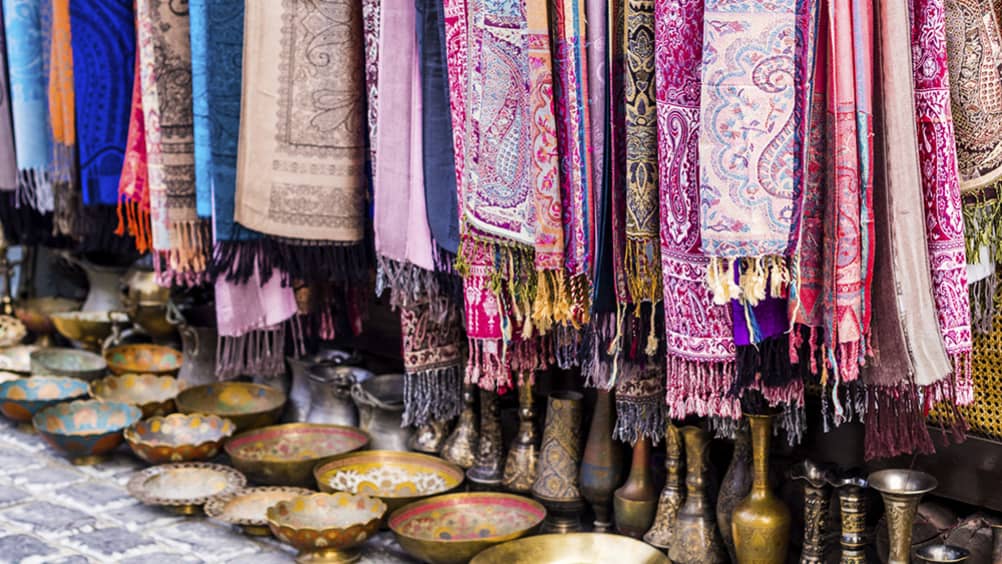 Souvenirs abound in the Old City’s shopping district. Shoppers will find authentic carpets and other local trinkets to take home as keepsakes.

Here, you will also find the malls of Park Bulvar and Mall 28. Park Bulvar has boutique shops, delectable restaurants and a planetarium, while Mall 28 consists of shopping and dining options within its five storeys.

Visual and performing arts in Baku

Located in the heart of the Old City, YAY Gallery displays works by established and emerging contemporary artists from Azerbaijan and around the world. The cosy, three-room gallery hosts rotating exhibitions. 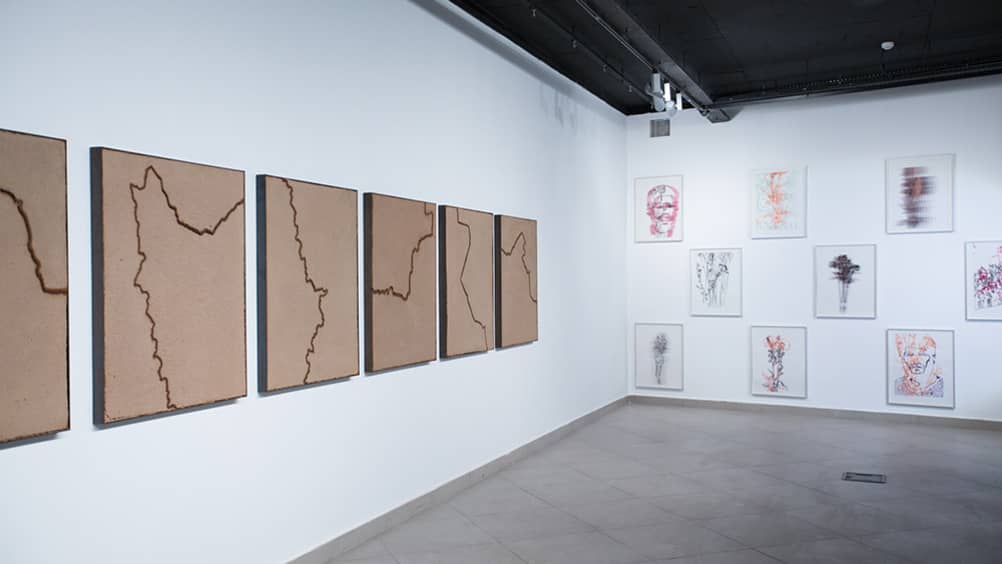 On display at the YAY Gallery are immaculate works of art from local and international artists. Visit the official website to see which exhibitions will be on display during your visit.

The Azerbaijan State Museum of Art houses a larger collection, with more than 15,000 works displayed in two adjacent buildings—one dedicated to European art, the other to paintings by Eastern artists and native Azerbaijan painters. Also worth visiting, the Baku Museum of Modern Art holds a collection of more than 800 works by Azeri painters and sculptors.

For Azerbaijani and international music, check the events at the Azerbaijan State Philharmonic, or music festivals and performances in a variety of genres at the Mugam Centre. The magnificent edifice of the Azerbaijan State Academic Opera and Ballet Theatre shows a commitment to those arts as well.

Exploring Baku by boat and rail

Discover two drastically different yet equally beautiful perspectives on the city. View Baku from the water during a boat tour of the Caspian Sea. As the boat cruises away from shore, take in the ever-changing skyline of Baku. Ferries typically run during clement weather only, so be sure to plan accordingly. Or travel by funicular to Highland Park, where travellers will find some of the most beautiful views of the city.

Azerbaijan’s capital city is home to a number of attractions for kids and families. The Museum of Miniature Books will delight children and adults alike with thousands of fairy-size books. Or visit the Azerbaijan Carpet Museum—in addition to showcases of woven carpets from the 17th to early 20th centuries, it features a children’s museum.

For evening fun, enjoy a show at the Baku Puppet Theatre. Built in 1910, the theatre offers performances with puppets ranging from miniature (just a few centimetres) to twice the height of a human.

Unwind and recharge at the Spa 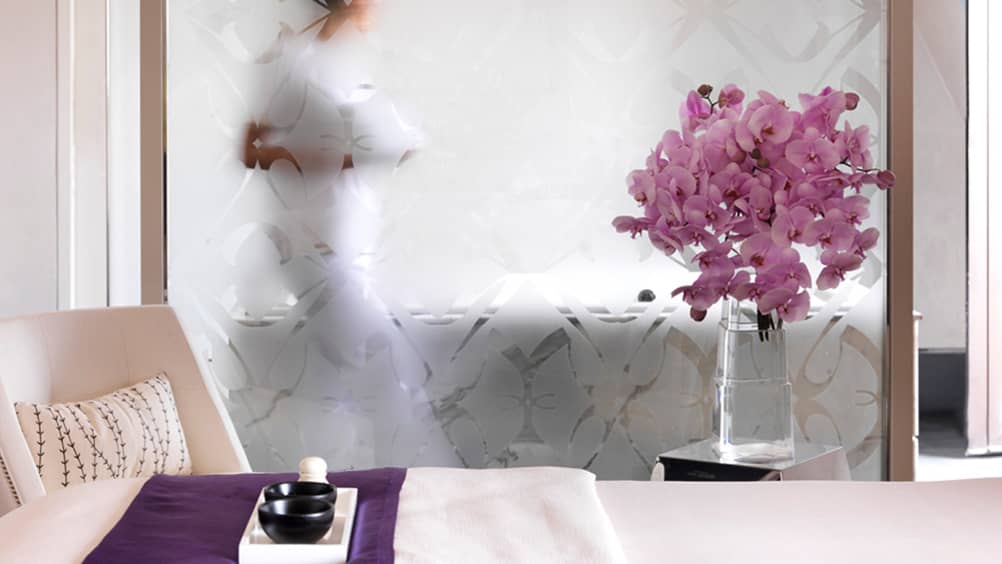 The only spa with a view of the Caspian Sea, the Hotel’s Spa offers guests traditional and luxury hammam treatments, a traditional Azerbaijani naftalan ritual and many other spa and styling services.

The Spa at Four Seasons Hotel Baku offers a welcome sanctuary, including a relaxation lounge. Thanks to its penthouse location, the Spa features nine private treatment rooms with views of the Caspian Sea. Experience a blend of ancient Turkish and Persian traditions with a signature massage or body treatment.

A perfect day in Baku 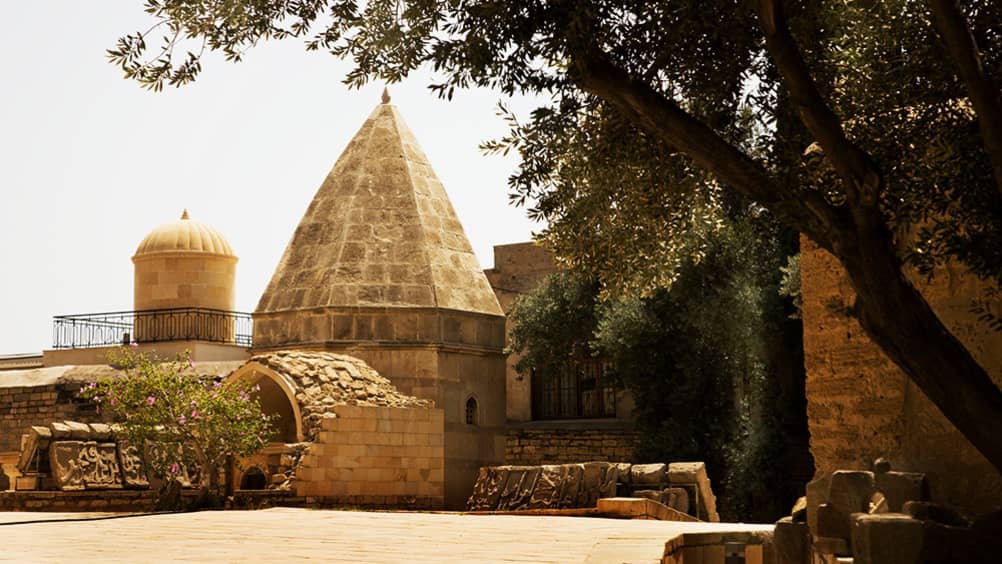 Also known as the Pearl of the Caspian Sea, the Complex of Shirvanshahs Palace has excursions, lectures, exhibitions and musical performances for visitors to enjoy.

Start the day with an Azeri breakfast at authentic, family-style restaurant Sehirli Tendir, named after the traditional bread the restaurant serves. After breakfast, spend the morning touring Old City and the many interesting sites within the former walled fortress. The medieval Palace of the Shirvanshahs, located on the highest hill in the area, is a must-see due to its rich history and rare collection of ancient art and artefacts.

Before leaving Old City, be sure to take a tour of The Maiden Tower. Believed to have been used as a lookout post, a fire beacon, an astronomical observatory and a Zoroastrian temple, the tower is a symbol of Baku.

Once the sun goes down, Baku becomes a city of lights. In the evening, stroll through the city centre and take advantage of the budding urban nightlife scene: Clubs like Enerji Club and Eleven Club bring life to this growing city. 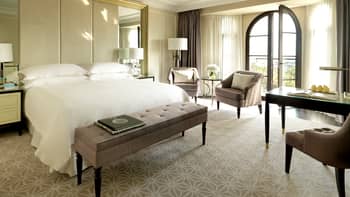 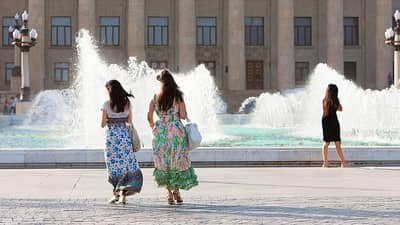 Caspian on the Cusp